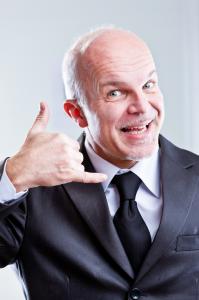 When it comes to public trust, you can't get worse than pushy used car salesmen. Indeed, a study out of the UK highlights this. Just 7% of UK consumers claim to trust a used car dealer, according to an Auto Trader report which quizzed 5,000 people in about 13 industries. Used car dealers ranked as the least trustworthy of all industries.
The banking industry fully understands how perception taints even the innocent among us. Case in point, the continuing fallout from Wells Fargo's alleged deceptive sales practices.
Briefly, the CFPB and two other regulators recently fined Wells Fargo a total of $185mm following allegations that employees created more than 2mm fake deposit and credit card accounts without customers' knowledge. This was done to meet aggressive sales targets and now the lawsuit engine is ramping up. Apparently, more than 5,000 employees have been fired since 2011 as a result of these untoward sales practices.
In recent weeks, we've seen a lot bandied about in the press expressing concern over aggressive sales tactics industrywide. So far, Wells Fargo is taking the brunt of the heat. Notably, CFPB Director Cordray recently told a CNBC reporter that he sees no systemic problem with cross-selling in the banking industry. That is good news, but he also went on to caution banks to remain vigilant. During the interview, Cordray noted that banks should monitor incentives to ensure that Wells-like abuse does not occur.
Many banks tie some portion of compensation to sales goals and cross sell. That is still generically ok, but problems surface when banks take this to an extreme. The National Employment Law Project (NELP) notes this means the use of "aggressive sales metrics and incentives programs" designed to spur workers to sell products to customers that aren't really necessary.
There is nothing inherently wrong with a bank setting business goals and establishing benchmarks, but NELP (and now Congress) seem to be saying the current incentive structure at large banks may be broken and needs a closer look. This issue will undoubtedly trickle down to community banks, so our advice is to review current sales practices, tighten things up as needed and document holes so there is no question what you are doing. For starters, be very careful to make sure customers understand what they are buying and why the products will benefit them.
Next, be aware of potential sticking points that can derail even well-intentioned cross-selling efforts. One problem NELP identified at banks across the country is with workers struggling to meet their sales goals without having a clear idea of what the goals are for a given period. Clarity is important.
Another noted issue is a hostile work environment that can be created by pitting workers against one other. Here you have to be careful and might want to have a labor lawyer review things.
Yet another potential issue revolves around sales program management. Managers are often aware of and may encourage some practices to continue that should not. Bankers would be well suited to ramp up education and training to avoid issues.
Finally, management must continually monitor for possible issues. Setting up a code of conduct for front-line staff is a positive step and begins the process.
At the same time, banks should be prepared for increased regulation in this area now that regulators and politicians are circling the bandwagons.
Certainly, a good reputation is the cornerstone of a successful community bank and we hope the taint from Wells Fargo doesn't spill onto the broader industry. As we all know, trouble will certainly ensue if customers start to believe that, like used car salesman, some bankers are trying to sell them lemons.
Subscribe to the BID Daily Newsletter to have it delivered by email daily.

Yields edged up 4bp, as investor concerns increased around faster inflation and the potential for Fed rate hikes.

Research by Bank of America Merrill Lynch finds: 55% of employees say they need help managing their finances and 80% say being away from work for 3 months would be either difficult or a major crisis.

A Bankrate.com survey finds 41mm US adults have reportedly had their identity stolen, yet 42% say they still do not regularly check their credit reports.

Research by the Society for Human Resource Management finds: 34% of companies surveyed have a succession plan, while 66% do not. Of those who do have one, typical positions included in the plan are executive team (76%), senior management (71%), middle management (46%) and professional individual contributors (25%).

The IMF has reduced its global growth projection to 3.1% this year and 3.4% for 2017, pointing to lower productivity growth, eroding human capital and tepid growth. Meanwhile, it also reduced the US forecast to 1.6% (from 2.2%) for this year and 2.2% for next year (from 2.5%), driven by weakness overseas, lackluster investment and a hit to the energy sector driven by lower oil prices.

A Deloitte survey of CFOs at large companies finds respondents say the CEO most looks to them for the following roles (all percentages are approximate): fact provider (58%), challenger (58%), stakeholder manager (41%), capital manager (38%) and mobilizer (23%).
Copyright 2018 PCBB. Information contained herein is based on sources we believe to be reliable, but its accuracy is not guaranteed. Customers should rely on their own outside counsel or accounting firm to address specific circumstances. This document cannot be reproduced or redistributed outside of your institution without the written consent of PCBB.