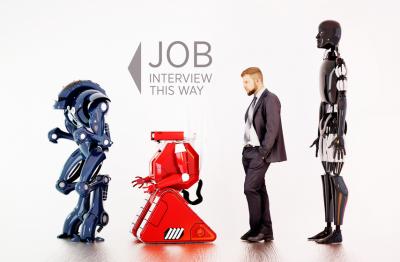 Human evolution has occurred over the millennia and shifted over time. One of the earliest members of the genus homo was the Homo habilis. This long-armed species had a protuberant mouth and were considered astute handymen because they were the first makers of stone tools. Then came Homo erectus with shorter arms and elongated legs. This species didn't have the same ability to climb tree trunks and jump from tree-to-tree like habilis, but he could walk upright and run long distances. Homo erectus was followed by Homo sapiens, which is our direct ancestor. This species survived dramatic climate change by creating complex tools like harpoons, bows and arrows, sewing needles and so forth. Today, Homo mobilis is upon us.
This twenty first century species is best recognized with an appendage that is attached to the hand that rings, tweets and chimes known as a mobile phone. This species communicates via text messages onto a small screen and rarely speaks in groups. Scientists say this species has a language that is still evolving, where spelling is increasingly innovative and shortened. They note that words such as you are now U, laugh out loud is now LOL, Bae replaces babe, ICYMI is short hand for in case you missed it, Yaaas replaces yes, and they find humor in emoji faces that symbolize various emotions.
Meanwhile, the species bankus currentus or bank for short; has had to adapt when interacting with this new species. Banks have had to actively train staff, modify the business model and change delivery methods to avoid getting the deadly malady of financial institution extinctus.
For its part, the Homo mobilis is not only checking the activities of one another on social media, but also want to buy items with the smart phone. In fact, according to emarketer studies, mobile payments transactions should grow 210% this year alone. Last year, mobile payments in the US represented $8.7B, this year it should exceed $27B. Emarketer predicts that within the following 3Ys it will reach almost $211B.
Homo mobilis actively uses such tools as Apple Pay, Samsung Pay and others as they build for the future. On the other side, bankus currentus must be willing to keep a close eye on customers as they seek out mobile wallet options too.
Homo mobilis is apparently waiting for this kind of service. Consider a Javelin report that finds 51% of consumers are more likely to use a mobile wallet offered by their primary financial institution than by someone else.
Certainly, the development of a customized app is expensive and risky, especially if it doesn't meet customers' expectations so bankus currentus must be careful when exploring new territories in search of interacting with the elusive Homo mobilis.
No matter where your bank is on the evolutionary timeline, the seemingly insatiable appetite of the Homo mobilis species requires continual testing, learning and executing on better and more flexible services over time. If you can achieve even some decent level of this, your bankus currentus stands a very good chance of avoiding the ugly malady known as institution extinctus.
Keep evolving and embrace change at your bank as you continue forward and you will certainly succeed.
Subscribe to the BID Daily Newsletter to have it delivered by email daily.

Research by JPMorgan fins the global universe of negative yielding bonds is currently $10.9T or about 19% below the peak of $13.5T reached after the Brexit vote. By country, Japan is 50% of the total, followed by Germany and France, which combined equal another 30%.

The CFPB has filed a lawsuit against credit repair company Prime Marketing Holdings, alleging it engaged in deceptive acts and practices, charged illegal fees and made deceptive statements.

Research by Global Workplace Analytics finds employees at Fortune 1000 companies are not at their desk 50% to 60% of the time.

A report by the World Economic Forum predicts that 5mm jobs worldwide will be lost to artificial intelligence and robotics automation in the next 4Ys.

Research by Hay Group of 150 major companies finds raising the minimum wage to $10 an hour across the country could increase labor costs by $4B to $5B, while a boost to $15 would increase costs by $20B to $30B. Given all the noise around this issue, it could make sense to stress test debt service coverage on some of your loan customers to ensure they can service loan obligations should this come to pass.
Copyright 2018 PCBB. Information contained herein is based on sources we believe to be reliable, but its accuracy is not guaranteed. Customers should rely on their own outside counsel or accounting firm to address specific circumstances. This document cannot be reproduced or redistributed outside of your institution without the written consent of PCBB.