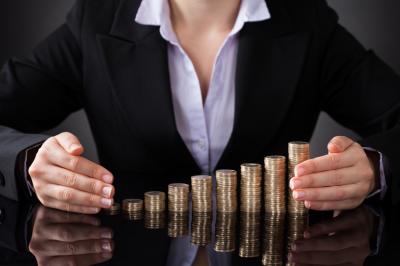 Canada has a top notch reputation. According to the Reputation Institute in fact, Canadians are a friendly and welcoming people. It should be known, however that this doesn't prevent them from poking their Southern neighbor from time to time.
For instance, a subtle jibe goes as follows: When NASA started sending astronauts into orbit, scientists had simultaneously discovered that ballpoint pens didn't work in zero gravity. Intrigued by this challenge, the scientists spent billions in research dollars over a decade to develop a proper pen; one that could still write upside down, underwater, at any temperature, even at temperatures below 300 degrees Celsius. In the meantime, the Russians operating in space just used a pencil.
Likewise, joking at the expense of big federal agencies is always a popular and thoroughly American activity. It is not so easy to do so with the financial industry, though.
Consider that after years of research, development and discussion, final touches to executive compensation regulation have arrived. These regulations all flow from Dodd Frank and they are focused on prohibiting compensation packages that could lead to an institution's financial loss.
While some believe such reform will discourage short term risk taking, others are worried it could lead talented individuals to exit the financial industry for greener and less restrictive pastures.
Under the proposed rules, a larger group of executives will now be impacted. Beyond the CEO and leadership team, the new rules pull in traders, loan officers, investment bankers, brokers and anyone else in a position to alter the future of their company.
Banks are now obliged to put in place solid processes to be sure their pay systems follow the rules. Banks must also be able to disclose that information whenever regulators ask for it and compensation structures must be compatible with effective control and risk management processes.
While the largest banks are the real focus of this regulation, community banks will also have to respect the rules. Ironically, community banks and smaller credit unions could be more affected by such regulations than giant organizations which may already have these processes in place.
Under the rules, there are 3 levels of regulatory focus: Level 1 = assets of $250B or more; Level 2 = assets $50B to $250B and Level 3 = assets of $1B to $50B. Each level has its own restrictions, so given best practices tend to eventually drip down to everyone, it helps to know the full story as you prepare.
For starters, the proposed rule is a whopping 286 pages. The good news for many community banks is that again, the proposed rule does not apply to financial institutions with assets < $1B.
For community bankers in Level 3 ($1B to $50B), incentive based compensation will be considered to encourage inappropriate risks unless the arrangement appropriately balances risk and reward; is compatible with effective risk management and controls; and is supported by effective governance.
However, incentive based compensation would not be considered to appropriately balance risk and reward unless it includes financial and non-financial measures of performance; is designed to allow non-financial measures of performance to override financial measures of performance, when appropriate; and is subject to adjustment to reflect actual losses, inappropriate risks taken, compliance deficiencies, or other measures or aspects of financial and nonfinancial performance. The good news here is that Level 3 institutions would generally only be subject to the basic set of prohibitions and requirements and the primary focus is on those with assets $10B+. Also for Level 3, the regulations indicate deferral, forfeiture, downward adjustment and clawback requirements would not be applicable.
There is a ton of stuff to read, so we will hit this again in a future edition because we know your compensation is certainly not a joking matter.
Subscribe to the BID Daily Newsletter to have it delivered by email daily.

While it may sound farfetched to some, Australian bank Westpac is ramping up using artificial intelligence (AI) and is rolling out new services to customers using its digital banking platform within the next 6 months. The bank plans to use AI to respond to customer questions about deposit rates for rollover maturities and other commonly asked questions. Look for US banks to get involved in this area more heavily in 2017 as the trend continues to pick up steam.

Deloitte research finds only 38% of executives' surveyed say their company is still structured in a functional manner (i.e. organizational activities are divided into specific functions such as operations, finance, marketing, etc.). Companies have shifted from such structures to get closer to customers--operating as a network of teams alongside traditional structures, whereby employees move from team to team. Maybe that is why some 80% of respondents said they are either currently restructuring their company or have recently done so.

Research finds that from 2009 to 2015, the largest fixed income bond firms (Bank of America, Citibank, Goldman Sachs, JPMorgan and Morgan Stanley), absorbed a 44% decline in fixed income bond trading and sales activity. Low yields, investor fears and other factors were all likely key drivers for this sharp drop.

An Animoto survey of small business owners finds 44% plan to spend money to promote video content on Facebook in the next 12 months and about 19% plan to spend money advertising on YouTube over the same period.
Copyright 2018 PCBB. Information contained herein is based on sources we believe to be reliable, but its accuracy is not guaranteed. Customers should rely on their own outside counsel or accounting firm to address specific circumstances. This document cannot be reproduced or redistributed outside of your institution without the written consent of PCBB.