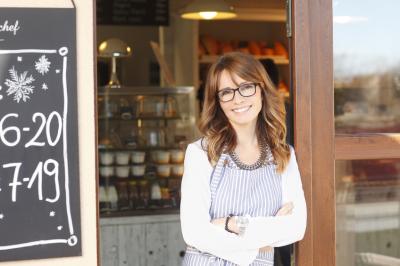 Yields popped 6bp, driven by further stabilization in the UK, easing concerns that Brexit issues will spread beyond regional borders overseas and the strongest US PPI in a year.

A study of embezzlement by US employees by Hiscox finds: 17% occurs in financial services (most of any industry) and small businesses with fewer than 150 employees are 10x more likely to be victimized by fraud than those with 250-500 employees.

Bloomberg reports the largest banks are embracing technology as low interest rates, shrinking trading revenue and heavy regulation stress business models. Given the aggressive shift, some now expect 20% of their current workforce will be automated and made redundant in the next 4Ys.

Bankers wondering what regulators mean when they say they are worried about "operational risk" should note recent speeches and reports from various regulatory agencies indicate it covers: cybersecurity, information security and data protection, controls and oversight of third-party relationships, model risk management, new platforms and technologies, new products and services, and new delivery channels. Be especially prepared here for your next exam, as scrutiny is likely to be higher than normal.

Emergent Research finds the number of business co-working spaces (where members share common areas) has climbed from about 250 in 2010 to 3,000 as of the end of 2015.

Barclays research finds US loan growth at banks was about 7.2% in Q2 vs. an average of 5.2% over the past 25Ys. Meanwhile, FDIC research indicates loan balances at FDIC insured institutions were 6.9% higher as of the end of Q1 compared to a year earlier.

Alphabet's Google unit has notified customers of about 4,000 state sponsored cyberattacks per month.

A Bank Director survey of risk practices finds 34% of banks review cybersecurity at every board meeting.
Copyright 2018 PCBB. Information contained herein is based on sources we believe to be reliable, but its accuracy is not guaranteed. Customers should rely on their own outside counsel or accounting firm to address specific circumstances. This document cannot be reproduced or redistributed outside of your institution without the written consent of PCBB.