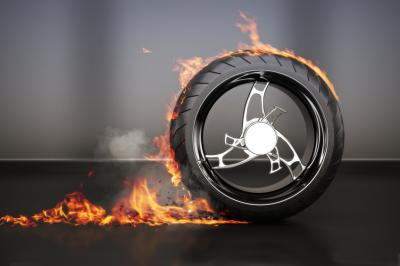 A galloping horse can clip clop along at about 25 to 30mph. In 2016, the Koenigsegg Agera R production automobile clocked a blistering 273mph. Back in the day, we would bet Henry Ford did not likely believe that speed possible. The car has clearly overtaken horses in America as speeds have increased almost every single year.
The story has relevance today as real-time payments rapidly expand through the banking system. This is adding pressure and has some questioning the longevity of slower but more familiar transaction clearing and settlement methods.
For community bankers, watching from the sidelines as this sort of new technology takes hold is a competitively dangerous strategy. In the case of payments, the Fed has added extra motivation by actively encouraging adoption of real time payments. In fact, a paper by the Fed Boston used the Henry Ford perspective as fodder, just in case anyone misunderstood the power of real-time payments to change current methods of clearing and settlement.
For community bankers, the speed with which real-time payments are spreading creates an urgency to get on board and not be left behind. As community bankers know, however, the opportunity to jump into this may not be supported by the reality of creaky old core systems.
Suffice it to say it is important to at least monitor things, since the pace of movement to real-time payments is definitely picking up. Last October, in fact, a group of the largest US banks announced they were uniting in a real-time payment consortium called clearXchange. In June, JPMorgan Chase began letting its customers transfer funds in real-time with other member banks.
Keep in mind that according to its own website, the clearXchange system is owned by Bank of America, BB&T, Capital One, Chase, PNC, U.S. Bank, and Wells Fargo.
What's happening to bank clearance and settlement methods is that people now realize they can settle immediately so they have begun to demand real-time payments.
One sign that the trend has moved into high gear is the level of commentary by consulting firms. Over the last year or so, a number of consulting firms, including Accenture and Deloitte, have published papers on the rapid deployment of real-time payments systems.
Accenture's paper, published last year, noted, "Immediate and real-time payment systems are proliferating around the world, driven by consumer demand for speed and convenience. Financial institutions must respond to this demand; they cannot rely on traditional payment instruments to be competitive."
Accenture went on to say that while there are costs associated with implementing real-time payments, there are also benefits. "More and more, banks are recognizing the opportunities that an immediate payments infrastructure provides, giving them greater flexibility and enabling delivery of the innovative new payment services that consumers are demanding."
No one knows how fast real time payments will become a reality, particularly with cyber risks and other factors out there. That said, ride along with us as we note that back in 1908 when the first Model T was introduced there were some 20mm horses. Fast forward to 1915 and 1mm cars had been produced by Ford alone. Today there are about 256mm cars in the US and about 9mm horses. So, while real time payments may move faster or slower than this, it makes sense to sit up in the saddle now and again to take notice.
Subscribe to the BID Daily Newsletter to have it delivered by email daily.

Online marketplace lender Social Finance (SoFI) is now reportedly exploring how to become a bank, as the company seeks more stability given significant disruption in marketplace lending. This is very ironic when you consider the CEO once said banks are "the second biggest waste of human capital outside the IRS" and their employees "do very little in terms of value to society." Community bankers should keep an eye on this, as the company has made about $10B in student loans and mortgages and has good hedge fund backing.

FDIC Chair Gruenberg indicates that since 2011 the FDIC has only received 10 applications for deposit insurance for de novo institutions and only 2 remain in process.

Fed St. Louis President Bullard said the impact on the US economy from the Brexit will be "close to zero."

The FDIC reports that in the 10Ys prior to the credit crisis the net interest margin (NIM) for community banks was 4.00%, but it had declined to 3.57% by the end of 2015 (about 11% lower). Low interest rates and heavy competition are key reasons for this decline.

JPMorgan research finds common areas where hackers have installed malware seeking to infect institutions include: so-called watering holes (lions wait for prey in Africa at watering holes), such as restaurant takeout menus (hackers will infect the online menu of a restaurant popular with employees of a targeted institution to get in); screen savers (hackers use screen savers of holidays, serene settings and popular trends as a conduit for malware targeting unsuspecting employees); and emoticons or emoji's (smiley faces, or typographical display of facial representations).
Copyright 2018 PCBB. Information contained herein is based on sources we believe to be reliable, but its accuracy is not guaranteed. Customers should rely on their own outside counsel or accounting firm to address specific circumstances. This document cannot be reproduced or redistributed outside of your institution without the written consent of PCBB.