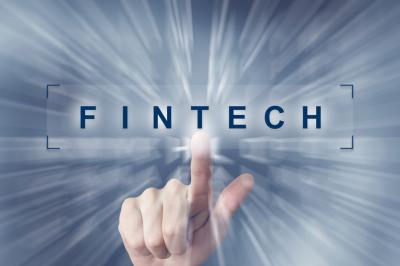 by Steve Brown
Share this Article:
Back in 1981 the acquisition of famed Wall Street investment banking firm Salomon Brothers left Michael Bloomberg with a $10mm settlement. Bloomberg was a general partner at the firm at the time and had designed much of its computerized financial systems. Roll forward a few years from that and Bloomberg had picked up a $30mm investment by Merrill Lynch to expand his real time market data and financial analytics company he launched. Roll forward to 2008 and that company, also called Bloomberg, was valued at more than $22B and Bloomberg himself became Mayor of New York City.
The rapid evolution of technology made us think about the speed with which digital and mobile banking applications have developed and been embraced by customers and banks. While banks around the world are falling all over themselves trying to outdo one another with the most innovative and useful digital and mobile applications and services, a Swiss fintech firm is gearing up to begin operating in the UK within the next few months and it thinks it will be a dominant player very soon.
That company is called Centralway Numbrs and it is a fintech firm backed by hedge fund magnate Alan Howard and 32 other high profile investors. The Company has created an aggregation app that allows people to simultaneously access and use all of their bank and financial accounts from various institutions without the need to log into each account separately. The company also plans to offer loans and other financial products to the users of its service.
Centralway Numbrs launched roughly 2Ys ago and already manages in excess of 1mm German bank accounts as it rises in popularity. The app, which users can download free of charge, works similarly to Intuit's Mint.com program by allowing people to simultaneously track their spending and savings within multiple accounts at different banks and institutions. Not only does it give users a big picture of where they stand financially at any given time, but the app also allows them to pay bills, transfer money between accounts and make other transactions.
Though several banks with recognizable brands are already working on similar aggregation apps of their own, Centralway Numbrs is counting on the fact that it has made it to market earlier than the majority of its competitors to give it a significant advantage.
Perhaps even more interesting, Centralway Numbrs is not just looking to compete with banks, but to make money off of them as well. It plans to sell bank products through its platform and leverage up the data flows. By analyzing information from the multiple places users have accounts, along with their spending patterns and financial history, the app will use that information to allow users seeking loans or investments to simultaneously share what they are looking for with multiple banks that best match their needs.
For banks, the app provides the opportunity to offer banking services to customers who they may not otherwise be likely to cross paths. For its part, Centralway Numbrs will get a cut of between 25% and 30% of any sales made through its platform - an approach that its backers believe will help the application become profitable as soon as 2017.
Before actively courting banks to take part in its platform, Centralway Numbrs has been working to attract a significant number of customers in order to make it a more appealing option for banks. Nonetheless, the fintech is said to already be close to a deal that would bring Deutsche Bank onto its platform within the next few months. Longer term, it is hoping to add partnerships with credit cards as well.
While the odds are good you'd eventually have read about it in a Bloomberg article, we wanted to make sure community banks were aware of these fintech activities because we have little doubt that if itis successful abroad, it may not be very long before it appears in the US.
Subscribe to the BID Daily Newsletter to have it delivered by email daily.

Half Way Through A Good Year

A Bank of America survey finds 17% of people say they are on their mobile phone too much and 56% say others use their phones too much - interesting perspective.

Visa will reportedly offer an NFC enabled ring to Olympic athletes to use at the Rio 2016 Games. Athletes can just tap their ring for purchases at any payment terminal around the Olympic Village.

It's interesting to note that currently about 16% of all investment grade corporate bonds in Europe are trading with a negative yield. This compares to 5% as of the beginning of May.

A study by the Travel Association finds people cite the following as the primary reasons they did not take all of the vacation they were allotted: return to a mountain of work (37%), no one else can do the job (30%), I cannot financially afford a vacation (30%), taking time off is harder as you grow in the company (28%), want to show complete dedication (22%) and don't want to be seen as replaceable (19%).

A survey by Harris Interactive finds 60% of people do not go longer than 1 hour without checking their phone.