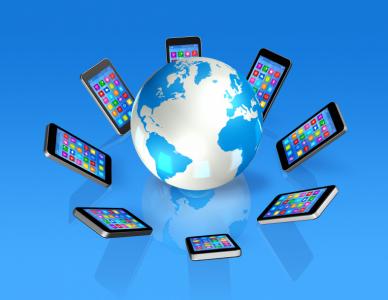 We had finally come to terms with there being only 8 planets in our solar system when scientists rained meteors on our parade. A decade after Pluto was demoted to dwarf planet, researchers now claim to have discovered the so-called Planet Nine. The mysterious planet, whose existence is yet to be confirmed, is believed to have a mass about 10X that of Earth. Researchers estimate that it would take the gargantuan mass between 10,000 and 20,000 years to make one full orbit around the Sun.
A few months ago, given FDIC changes to the rules, we discussed a potential uptick in the number of new de novo banks after a multi-year drought. At the time, we expressed some skepticism about the floodgates opening given the long-standing dearth and heavy competition in the nonbank space. After all, the regulations are so heavy now that investors with money to put to work in the financial space have been better off just pouring it into one of the 6,000 existing banks that already have some scale and brand recognition.
Bankers know that the crisis brought with it an aggressive shut down of new bank openings. In fact, regulators have approved only 2 new banks since 2011 vs. about 100 average every year since 1990. Given the same closure or sale rate of about 2% to 3% per year, this has resulted in a reduction of about 1,476 banks and thrifts since 2010 or roughly a 19% decrease. Had new bank openings been closer to the 100 average, the decrease would have been 876 banks or about 11%.
This precipitous decline, plus the additional research that has poured into work around this project, plus a calming of the credit crisis waters are all probably primary contributing reasons why the FDIC recently announced it will change the de novo period from 7Ys (post crisis) back to 3Ys (pre crisis). It may very well be too little too late to move the needle back to where it was, but at least things are more directionally correct and in line with investor expectations that drive key capital contribution to the industry.
Certainly, shaving several years off the heightened supervisory monitoring may encourage some new upstart formation, which could be a good thing for our industry. On the other hand, it remains exceedingly difficult to succeed as a new bank. Research shows that de novo banks for instance are more susceptible to failure for several reasons. The time it takes to establish their business and generate earnings is one factor. Excessive risk in lending is another. Finally, more volatile funding prior to the buildup of stable deposits is a third reason the research finds de novo banks are more prone to failure than established banks.
Despite challenges, some prognosticators believe that de novo activity will begin to pick up after the spate of troubled bank acquisitions by existing industry players subsides. Encouragingly, bank rating firm BauerFinancial indicates banks it identifies as problematic or troubled (2 stars or less) has declined to just 199, the first time since 2007 that the list has been under 200.
The FDIC's latest regulatory change represents another step in the right direction for new bank formation. We'll watch with interest to see when and if de novo activity picks up. Meanwhile, we'll be stargazing and contemplating if and when our solar system will once again welcome its ninth member.
Subscribe to the BID Daily Newsletter to have it delivered by email daily.

Old National Bank ($11.9B, IN) said it will exit its insurance business and sell the operations to national insurance distribution platform player Prime Risk Partners (GA) for a reported $93mm.

The OCC is recommending banks form cross- functional teams when preparing to implement the current expected credit loss (CECL) model for loan loss reserves. The OCC also said that while they do expect loan loss allowances to increase under the new life of loan approach, they are not requiring banks to have benchmark increases in allowances. Rather, they expect higher reserves to be the net result of the shift in math calculation (under the new approach).

Banks should double check loan portfolios for exposures to Sports Authority stores, as the company said it will liquidate its 450 stores in 27 states. Meanwhile, on the positive side of things, such chains as Dicks Sporting Goods, Target and others could see a boost so look for those exposures too.

Bloomberg reports Credit Suisse is considering issuing bonds that would cover operational losses above some level that resulted from rogue trading or cybercrimes. The bank is seeking to leverage an insurance industry idea and tie it to a capital markets tool to save money and provide additional protections at catastrophic levels.

The Commerce Department reports the homeownership rate fell in Q1 to 63.5% vs. 63.8% as of Q4. The decline pushes the metric near a 48Y low.
Copyright 2018 PCBB. Information contained herein is based on sources we believe to be reliable, but its accuracy is not guaranteed. Customers should rely on their own outside counsel or accounting firm to address specific circumstances. This document cannot be reproduced or redistributed outside of your institution without the written consent of PCBB.