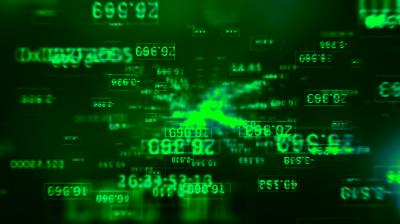 by Steve Brown
Share this Article:
The Imitation Game was a popular movie that focused on British mathematician and computer scientist Alan Turing's quest to break Nazi communication codes. As the story goes, his ultimate success in doing so helped change the course of World War II. Turing is now regarded as not just an Allied hero of the war but also as a revolutionary thinker. We wonder what a guy like that would have done with today's computing power and the mega codes that now litter the landscape.
Perhaps a line from Turing's book ("We can only see a short distance ahead, but we can see plenty there that needs to be done") gives bankers insight into today's world of lending and how changes can impact the existing business. The way things work at most community banks is that keen lender observation is how many quite literally see in terms of borrowers and adapt loan offerings to match those demands.
Consider that when it comes to small business loans, a bank's ability to monitor customer activity decreases as distance grows. This is simply because it is harder for a bank to see what is going on and with lending that is a potential issue. Big national or international banks have far-flung footprints, with the result that business loans are often placed with customers located closer to a local or regional bank office.
Over the years, this approach to lending has been tweaked and morphed by new technology. Today, online lending results in potentially even greater distance to reach a borrower. Since a faraway borrower is harder to monitor, one could argue that the potential for problems also have increased.
By contrast, community banks tend to have more compact footprints, so their commercial loan customers are generally much closer to the nearest loan officer. That makes it much more timely and efficient to regularly visit a borrower and/or project.
That is why a paper on small business lending by Fed researchers and other studies and surveys as well have all reached the same conclusion - community banks, because they were closer to small business lending customers, had fewer small business problem loans during the crisis.
Some of the most persuasive arguments cited for that conclusion came from a 2008 paper that found borrowers at least 25 miles away from their banks were about 11% more likely to default on their loans, while borrowers located at least 50 miles away were roughly 22% more likely to default. Fed researchers even found that community banks are better at managing small loans because they are "owned, managed, staffed, and funded by members of the community and thus have an intimate knowledge of the local area and lower transportation costs for onsite visits with new firms."
The distance argument is important because both big banks and online lenders have been siphoning small business loans away from community banks. Back in 1997, banks with < $10B in assets accounted for 77% of commercial bank small business loans, according to the FDIC. By 2015, that percentage was down to only 43%. At the same time, the overall market share of small business loans by banks in general has been decreasing as non-bank lenders move in.
As online lending continues to grow and large banks similarly put greater and greater distances between small business borrowers and local lenders, the potential for more problem loans could also increase. In that situation, community banks should continue to shine as has been the case in the past. As community bankers understand, breaking the lending code is easy - there is plenty to be done in the short distance between the bank and its local small business customers.
Subscribe to the BID Daily Newsletter to have it delivered by email daily.