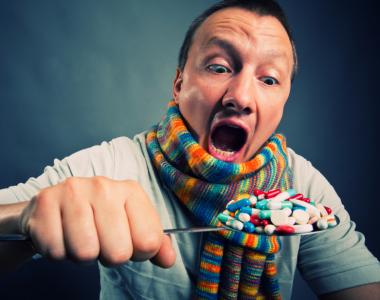 The average American eats fast food 159x each year, according to Fast Food Nutrition. Along with that process, most fast food meals usually include some sort of disposable utensil or container. That's why the Clean Air Council estimates there are close to 40B plastic utensils produced and disposed of around the world each year. That is why a cutlery company based in India has decided to address the issue by creating edible flatware. Spoons can be ordered in a variety of flavors and types such as gluten free; carrots, spinach, beetroot and spices; or just the addition of flavorings.
Unfortunately, not all ideas or developments that set out to make things simpler or more efficient are as effective as their creators hope they will be. Take for instance, the CFPB's approach to merge the mortgage disclosure requirements of the Truth-in-Lending Act (TILA) and the Real Estate Settlement Procedures Act (RESPA). The goal was to create a Know Before You Owe disclosure for consumers, but the impact has been much deeper and wider than originally expected.
Spun from the depths of the Dodd Frank reforms following the credit crisis, the rules amend multiple regulations and roll in over a stated timeline. Lenders remain worried that despite diligence and effort to be in compliance that errors may result in litigation or regulatory issues so they are running scared.
As a result of these issues and others, the effort to provide consumers greater transparency has resulted in a new integrated rule that ended up causing confusion and dragging out the closing process for consumers. It even pushed some banks to reportedly exit single family residential lending altogether.
A recent survey of banks from the ABA found that more than 75% of respondents said the new rule has caused delays on loan closings of anywhere from 8 to 20 days. In addition, more than 90% said the amount of time spent on-boarding and processing loans has increased as well. Among the biggest complaints to the survey is ambiguities within the new rule that make it difficult for bankers to ensure they are being compliant without taking time to further investigate how they should be handling certain issues.
Further, many bankers say the systems provided by vendors are often incomplete or inaccurate, which adds further delays. Roughly 78% said they are still waiting for their vendors to update systems to make sure that they are compliant with the changes that have resulted from the new rule.
In regulatory parlance, this is called an "unintended consequence" of trying to change things for the better. While the high level idea was a good one, execution is where sometimes things can go awry and confusion can overwhelm everything.
In fact, some banks say they have even eliminated doing adjustable rate mortgages, home equity loans and construction loans in order to avoid trouble altogether. According to this survey, roughly 25% said they have eliminated certain mortgage products due to ambiguities within the new rule. Not surprisingly, because of such uncertainties and the delays they are causing, 94% think the "good faith" grace period for TILA-RESPA should be extended until the banking industry can get a better working understanding of the ins and outs of the new rule and the changes banks need to make in order to be compliant.
Until then, maybe munching on an edible spoon will help the banking industry. That said, look before you bite because edible spoons and metal ones can look alike and you can lose a tooth if you move to fast.
Subscribe to the BID Daily Newsletter to have it delivered by email daily.

Treasuries fell, pushing yields up 2bp as investors await the outcome of the FOMC meeting.

S&P Global Market Intelligence analysis finds there were a net 289 bank and thrift branch closures in Q1, taking the total count down to 92,639 nationwide. This compares to -323; -589 and -436 net closures respectively for the prior 3 quarters.

CNBC reports big banks have ramped up plans to modify and eliminate branches in their networks. Among some of the changes: Bank of America has launched digital bars at branches (to teach customers how to use digital offerings and free up staff to sell more lucrative products); JPMorgan is closing branches (the bank reports teller transactions in branches have declined by more than 100mm over the past 3Ys); and Citibank has reduced branch sizes to 600sf from 1,200 prior.

Global volatility has settled down recently, perhaps a key driver leading more Fed speakers to warn rate increases could be on the medium term horizon. Boston Fed President Rosengren said market investors are too "pessimistic" about the timing or rate increases, that the economy is "fundamentally sound" and that "dour interest rate projections" are not consistent with the economic outlook here in the US. Most pundits expect the next Fed rate hike in June or July.

LendingClub is reportedly working with Goldman Sachs and Jefferies Group to issue bonds backed by loans originated through its platform. This comes at a difficult time, as overall new issuance for online lender securitization in Q1 according to PeerIQ was only $1.5B, down 21% from the prior quarter, as investor appetite has waned.

JPMorgan Chase said it will offer fingerprint authentication for its customers using Android devices now.
Copyright 2018 PCBB. Information contained herein is based on sources we believe to be reliable, but its accuracy is not guaranteed. Customers should rely on their own outside counsel or accounting firm to address specific circumstances. This document cannot be reproduced or redistributed outside of your institution without the written consent of PCBB.