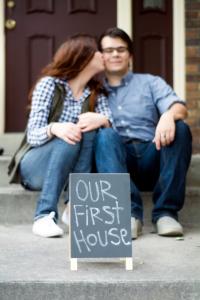 by Steve Brown
Share this Article:
Home ownership has long been a major part of the American Dream. So, it is no surprise that Hollywood has made countless films about people purchasing their dream houses and then dealing with the myriad of problems that only home ownership can bring. In the 1986 film "The Money Pit," for instance, a then relatively unknown Tom Hanks and Shelley Long starred as a married couple who buy a mansion through a distressed sale with plans to fix it up. As can be expected from the film's title, Hanks and Long's characters quickly discover that they have bit off way more than they can chew once the extent of damage to their new home becomes clear. As the couple begins shelling out massive sums of money for repairs on the house they soon learn that many contractors will happily take your money, only to disappear or drag out the work once they have begun a job.
As amusing as films about the trials and tribulations of home ownership and dealing with contractors tend to be, we couldn't help but think about the reason such films are so funny: the simple fact that anyone who has ever owned a home has most certainly had to make repairs and has probably dealt with at least one questionable contractor or repairman. Given this reality, one of the easiest ways that community banks can attract new customers is by partnering with organizations created to help people adapt to a new community, such as Newcomers Clubs and old school Welcome Wagons - both of which provide new home owners with recommendations for reputable businesses and services.
When people are new to a community and completely unfamiliar with its businesses and service providers, the experience of others is one of the best things they can rely on - particularly when it comes from a trusted local community bank. Many towns across the country have Newcomers Clubs, which exist to help people who have just moved in to an area to learn about that community, its activities and its culture while getting to know other new residents with shared interests. While many of these clubs limit the number of years that people can remain members, most of them distribute membership directories featuring suggested local businesses - from landscapers and plumbers, to banks - or maintain online directories of suggested service providers. Partnering with Newcomers Clubs by sponsoring an event, or even just taking out an ad in their directories, is an easy way of getting your bank's name and the services you offer in front of people that are new to a community through a venue they are bound to find more credible than traditional advertisements.
Similarly, many towns still have Welcome Wagons, which have been around for decades. Though the main contact most people receive from their local Welcome Wagon is through a mailing to their new home featuring information about the community and its businesses, along with coupons for local businesses, many Welcome Wagons have also created social clubs to help new residents to foster quicker ties to a community. Getting involved with the local Welcome Wagon or Newcomers Club is an easy way for community banks to familiarize new residents about their business offerings through organizations that can essentially provide them with a stamp of approval - an approach that we can only hope will lead to the typical Hollywood happy ending of films like "The Money Pit."
Subscribe to the BID Daily Newsletter to have it delivered by email daily.

Comptroller Curry said in a recent speech that the OCC expects banks to engage with fintech companies and launch new technology offerings in a safe and sound manner that minimizes risk. He said banks need to understand new technology and understand regulatory expectations. He also reiterated that financial technology firms that partner with banks must have the same safety and soundness and consumer safeguards in place as traditional banks.

Research by Clutch.com of small businesses finds 54% have a website and 46% do not. Those who do not have a website say it is not relevant to their business (32%), is too expensive (30%), use social media profiles vs. a website (12%), do not want to have ongoing maintenance (11%), don't have the technical knowledge (10%) or don't know.