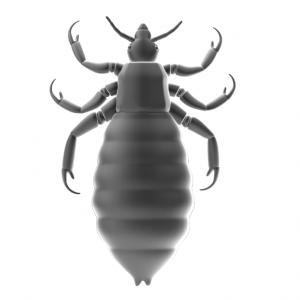 Have you heard about the small flea wreaking havoc around the Great Lakes? This flea apparently was genetically modified at a government testing lab in or near CO and inadvertently escaped into the wild some time ago. Whether it was the wind currents or what have you, the darn thing ended up in the upper Midwest somehow. It reportedly has a ravenous appetite and was designed to eat nuclear waste of some sort but now has a hankering for human blood. As such, some scientists have nicknamed it the "glowing vampire flea" or "GVF6" (maybe there are 5 more out there?) for short. Anyway, if you are traveling in that area of the country be sure to take a turtleneck sweater to avoid bites on the neck.
Speaking of getting bitten and potentially drawing blood, bank regulators have just issued new guidance around commercial real estate (CRE) lending activities that could heavily and negatively impact community banks in particular. Under new rules, regulators will now require banks to add together both owner occupied and non owner occupied exposures plus ADC and farmland exposures when calculating risk to capital ratios. This aggregate exposure will then be limited to 350% maximum. Regulators called the change a "better measurement of risk exposures" and indicated these steps were needed to "protect the industry from an unexpected future downturn" and address "the actions of a small but growing group of banks that appear to have forgotten the lessons learned from the credit crisis."
Bankers reacted almost immediately to the rule, calling it "barbaric," "ridiculous," and "likely to lead to unintended consequences, so unintended that people aren't thinking and that could create damage to an already damaged situation."
To help, we did a quick analysis and found that of the roughly 6,182 banks and savings institutions, the regulatory change will reduce overall lending by about $16T or 11.462%. Extrapolating that figure against the real estate sector and incorporating just the community bank element, we find lending opportunities could be reduced by up to 21.2478% overall.
That is obviously a huge number and it is probably why the presidential candidates even took time from their campaigns to weigh in. Mr. Trump said it was crazy to do this to real estate and the impact could be "huge." Mrs. Clinton meanwhile, called on the formation of a committee "to review the issue" and suggested appointing longtime friend of bankers Senator Elizabeth Warren of MA. Mr. Sanders said the action was uncalled for and pointed once again to "the need to give all the money in the banks back to the people once and for all." Mr. Kasich said "Mark my words; this isn't going to fly in Ohio." Mr. Cruz could not be reached for comment but said "The world is on fire."
This is such a huge issue in fact that it makes sense to bring it up today to our readers given this is April Fools' Day filled with trickery and hoaxes. Hopefully you don't hate us too much if you read through this and got sucked in. However, if you did think this was real, breathe easier knowing the regulators didn't really do this, there is no vampire flea buzzing the Great Lakes and the presidential candidates probably had better things to do than provide quotes on a subject probably only bankers would really know enough to care about. You can also rest easy knowing we only do this 1x per year so you have 365 days to go before the next hoax appears and we try to suck in gullible bankers.
Again, this is all fake so enjoy the day, as you think up ways to fool and bemuse coworkers.
Subscribe to the BID Daily Newsletter to have it delivered by email daily.

Yields dropped 5bp, triggered by a jump in the weekly jobless claims data and weakness in the equity markets.

Investors look towards the employment report for further direction.

A PwC survey of global CEOs finds the main barriers they face trying to execute on the strategic plan when responding to changing customer and stakeholder expectations are: additional costs to doing business (45%), unclear or inconsistent standards or regulations (42%), conflict between stakeholder interests and financial performance expectations (33%), customers unwillingness to pay (31%) and lack of the right capabilities (31%).

Research by Deloitte of thousands of business and HR leaders worldwide on human capital finds the number of people reporting to a supervisor today is 9.7, increasing to 11.4 at large companies.
Copyright 2018 PCBB. Information contained herein is based on sources we believe to be reliable, but its accuracy is not guaranteed. Customers should rely on their own outside counsel or accounting firm to address specific circumstances. This document cannot be reproduced or redistributed outside of your institution without the written consent of PCBB.