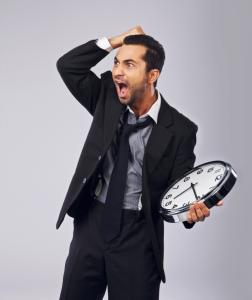 by Steve Brown
Share this Article:
In 1980, Tom Selleck auditioned for a role that would have had him trekking through deserts in foreign lands in a race against a group of Nazis determined to locate the Ark of the Covenant. Following a successful audition, Selleck was offered the lead role of Indiana Jones in the film Raiders of the Lost Ark. Unfortunately for Selleck, the timing was bad. Having already shot a pilot episode and signed a contract with CBS to play the lead role in its new series, Magnum P.I., Selleck was unable to take the role of Indiana Jones. Harrison Ford was ultimately cast as Indiana Jones, which went on to win Oscar Awards and remains one of the top 25 highest grossing films ever made. Meanwhile, after a writer's strike delayed filming of Magnum P.I. for more than six months, it turned out that Selleck ultimately could have played both Magnum and Indiana Jones.
As the adage goes, "timing is everything," which made us think about the marketing efforts of community banks and the importance of targeting those efforts to customer needs. Between old school mailings and the countless electronic vehicles, there is no shortage in the amount of marketing that people receive. As a result, people have become better about tuning out most of the offers, making it crucial that any marketing is more intelligent and compelling. To do that, consider event-based marketing (EBM), which takes into account what is actually going on in an individual's life at any given time. Then, cater product offerings or account changes accordingly.
Using sophisticated software that monitors customers' banking habits and highlights any anomalies (such as major deposits or withdrawals), you can use EBM to identify major changes in an individual's life. By comparing such data against an individual's traditional behavior, you can potentially identify changes that might create the need for additional products or services.
For example, a major deposit could indicate that a customer has just received an inheritance or a bonus and they may be temporarily parking that money until they determine the best way to invest it. If such an event is immediately identified it gives your bank the opportunity to proactively approach the customer. You can simply train your teams to reach out when you see unusual things and offer to help customers as a place to start.
Of course, as sophisticated as such software programs are, they are only part of the equation and merely provide a signal that there may be a new marketing opportunity. How your team acts on that information plays a major part in whether EBM efforts succeed.
After all, there are a large number of banking and investment options available to people, so the myriad of advertisements for such services can become a loud drone over time. To differentiate yourself, consider acting on anomalies quickly within a few days.
Your team can start by mapping out each customer over time. Consider historical information you already have and look at such circumstances as whether a child is nearing college-age, mom or dad owns a business, when large deposits or withdrawals occur and other factors. Then work on tailoring your marketing using simple techniques such as direct emails, texts or calling customers to check in.
The best approach may often be for a teller or personal banker to directly interact with a customer. You can say you noticed something while reviewing accounts and wanted to check in to be sure everything is okay or that the customer was taking advantage of options they may have to boost returns. At the end of the day, EBM and the software available to assist with such efforts is the modern day equivalent of the investigative skills that made Magnum P.I. so successful at his job.
Subscribe to the BID Daily Newsletter to have it delivered by email daily.

Bankers should note that the Department of Justice has charged 7 hackers from the Iranian government with conducting cyber attacks on and infiltrating some 46 US financial institutions. There is no extradition treaty with Iran and these bad actors are tied to the country, so nothing is likely to happen but we thought you would like to know.

Any mortgage transaction now must use CFPB disclosure forms under the Know Before You Owe or TILA/RESPA Integrated Documentation (TRID) rules that kicked in on October 3 of last year. The rule requires lenders give consumers a combined Closing Disclosure with all the charges, fees and line items three days before the closing. A new survey of mortgage lenders by the Mortgage Bankers Association finds loan production expenses as a result have climbed 9.4% to $7,747 per loan vs. $7,080 before the requirement went into effect.

Bank of Montreal ($104B, Canada) will reportedly soon launch a biometrics program that will allow corporate customers to use fingerprints or take a selfie, in order to validate their identity for purchases online. This marks the first corporate card issuer to use biometric digital payments for commercial clients using facial recognition (although other banks have previously launched this for consumer and retail customers).