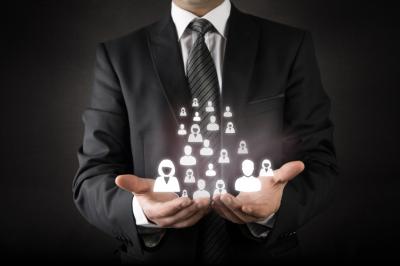 by Steve Brown
Share this Article:
Louis XIV, the French King from 1774 until 1792 couldn't fund his army with traditional bank loans. So, thinking outside the box, his majesty decided to create a tontine with some help from some smart bankers. For those who weren't around in the 1700's, a tontine is a way for a government (or corporation) to raise capital. The structure takes investments from subscribers, who receive annual dividends based on their investment amounts. Then, as each investor dies, his or her share is reallocated among the surviving investors (which get bigger and bigger dividends). While structures could vary, the lone surviving investor is ultimately paid out in the end, and ends up wealthy.
Although monarchs of the world later found other ways to finance their strategies, the tontine concept survived for centuries. Ironically, it is still alive and thriving in parts of Africa and Asia as a means for modest and middle class families.
We bring this up because this ancient financing concept appears to be at the origin of an alternative loan model concocted by a financial technology start up called Vouch. From their website, Vouch seems to be leveraging technology and social networking concepts.
As all of our readers know, the typical bank loan has an interest rate (fixed or floating) attached to it (over a set maturity and amortization schedule) that the borrower agrees to pay. Under Vouch, loans are based on an email from the platform to people you invite to sponsor you. Your name is sent out to sponsors along with an amount of money they can choose. If the borrower for some reason does not pay the money back, the sponsors have agreed to step in to make that happen. The founders seem to be betting that while FICO is a good tool for checking out a given borrower, the trust of family and friends may be yet another one with which to evaluate credit worthiness.
The platform offers loans of $1,500 to $25,000 with fixed annual percentage rates from 10.68% to 29.99%. However, unlike online lending platforms, Vouch allows borrowers to reduce their interest rate by 1% for every qualified sponsor (up to 5). For example, they indicate borrowers could see a rate of 20.99% drop to 15.99% with 5 qualified sponsors. Loans can be made for up to 3Ys and the origination fee is 2% of the loan amount.
The company also lists minimum requirements for borrowers that include: being 18Ys old; a legal US resident; having a verifiable bank account; a FICO score of 600 or higher and must be current on all existing accounts and not in bankruptcy or foreclosure.
According to its website, Vouch is available to residents in all 50 US states and has partnered with two banks: Cross River Bank ($452mm, NJ) and Silicon Valley Bank ($44B, CA).
We aren't entirely sure how this will all work, how it could be gamed by the bad actors, and whether or not it will grow quickly or slowly. However, given co-signing as a concept has been around for some time and that this allows people to borrow without placing a co-signer on the hook for the entire loan, it is intriguing. At a minimum, it is an interesting twist on lending that community bankers may want to monitor or adopt if it makes sense, so we thought we would share it.
Community banks have long been a primary source of credit to small business entrepreneurs and more and more online platforms seem to be encroaching on that turf. Perhaps it is time to really examine who your friends are and who are your frenemies. Perhaps it is also time to consider expanding to alternative methods of credit scoring and lending here and there in order to boost whatever business you are targeting. A tontine may not be the way to go ultimately, but maybe it is worth discussing at the next strategic planning session anyway to see if any lending options surface that can give you an edge.
Subscribe to the BID Daily Newsletter to have it delivered by email daily.

An Info-Tech survey finds 82% of companies surveyed say they do not have a formal process for evaluating new disruptive technologies.

Research by executive search firm Spencer Stuart finds about 80% of S&P 500 companies that picked a new CEO in 2015 promoted an insider to the job, marking the highest level since 2004. The increase likely indicates boards are getting better at CEO succession planning.