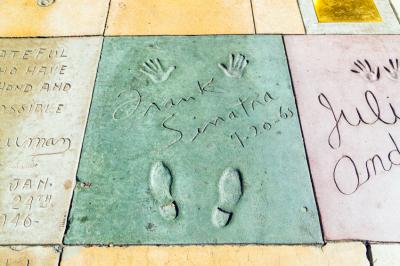 by Steve Brown
Share this Article:
December was a big month for Sinatra buffs who celebrated the 100th birthday of long-departed Ole Blue Eyes. Many did so with tributes galore trying to recapture some of the old magic. You had to appreciate the drama and passion of a Sinatra performance. The guy could sell a song. Some of his best-known standards remain as powerful and present today as when he recorded them. On certain songs, you can still hear Sinatra's voice clearly in your head, just by reading the lyrics:
"Yes, there were times, I'm sure you knew,
When I bit off more than I could chew.
But through it all, when there was doubt,
I ate it up and spit it out.
I faced it all and I stood tall,
And did it my way."
Not a bad anthem for community banks in the post-recession era. During a period when big banks were bailed out, community banks had to slog through the difficult times on their own and in their own way.
Now there is some evidence that community banks not only faced it all but came out the other side standing taller than the big banks in some ways. In a new research paper, the Brookings Institution found that by several measures, community banks fared better than their bailed-out bigger cousins.
The study was undertaken partly to gauge the health of banks post-recession. After examining larger banks, Brookings turned its attention to community banks in the recently released third stage of its research.
"Because the protection of community banks has been a continuing hot topic of discussion, especially in the context of post-crisis financial regulation, it is important to look in detail at these institutions' performance and their likelihood of long-term survival," the study's authors wrote.
On two important measures, community banks appear to be outperforming their larger cousins, regional banks and the four big national banks. Since the recession, ROA has recovered significantly better at community banks than it has at larger banks, the study found. In addition, the gap between the level of deposits and loans, which widened as loans dried up, has narrowed more quickly at community banks than at the larger banks.
One conclusion the study authors draw from this is that heightened banking regulations have not prevented community banks from recovering. "These are two indicators in favor of the community banks performing relatively well in the post-crisis regulatory environment," the authors wrote.
While the total number of community banks has fallen considerably, the study noted that the decline has been going on since 2003 and it is confined mainly to banks with assets <$100mm. At the same time, the total number of community banks with assets >$300mm has actually risen.
The loss of the smallest group of banks is largely a function of the dearth of new community bank formation, the study points out. Increased regulation may contribute to that trend, the authors said, but the link is far from definitive. The more likely culprit, they say: weak demand for services offered by the very smallest community banks.
In short, established and larger community banks appear to be doing much better on several fronts than bigger banks, and they have done it by sticking to their business of handing out loans to worthy businesses operating in local communities. To paraphrase Sinatra--through all of the crisis and beyond, community bankers faced it all, stood tall and did it their way. Nice work all.
Subscribe to the BID Daily Newsletter to have it delivered by email daily.

Goldman Sachs will pay $5.1B to the US Financial Fraud Enforcement Task Force to settle claims it misrepresented to investors the quality of mortgage loans they securitized and sold prior to the crisis.

Community bankers should check loan portfolio exposures to understand the impact of an announcement by Walmart that it will close 269 stores this year (about 2% of its 11,600 stores worldwide), 154 of which are in the US.

State Street Bank and Trust Co ($242B, MA) will pay $12mm (disgorgement of $4mm and a civil money penalty of $8mm) to the SEC to settle charges the bank made illicit cash payments and political campaign contributions to the Deputy Treasurer of OH in exchange for business.