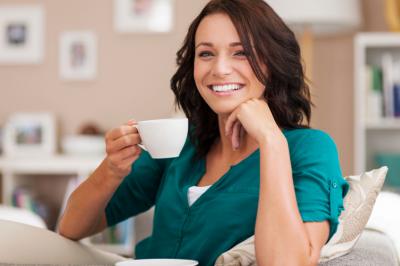 Ruth Campbell Bigelow, of the multi-generational tea business, started her company in 1945 with her most famous blend. Constant Comment got its moniker, it is said, because the then-unnamed tea was served at a Park Avenue party where all the guests spoke of its distinctive taste and aroma. There was "constant comment" about it, so why not call it that?
Speaking of constant comments, the Federal Housing Finance Agency (FHFA) may have felt there was little break in the outpouring of feedback it got a year ago when it sought input in new rules for Federal Home Loan Bank (FHLB) membership. In a matter of months, it got 1,300 formal comment letters, many of them not terribly thrilled with the proposal.
Well, it seems the folks at FHFA have listened and the result is a big win for community banks on multiple fronts. The first victory is FHFA-backed off a change that would have required all FHLB members to hold at least 1% of their assets in home mortgage loans on a continuing basis. Larger FHLB members would have needed to maintain 10% of their assets in home mortgages.
By scrapping that, the FHFA maintains the status quo: the asset tests must be met when an FHLB application is submitted, but not afterwards. The FHFA said it believes 98% of FHLB members are in compliance with the now-scrapped proposal, but the burden on forcing the remaining 2% to comply outweighed the benefits. FHFA Director Mel Watt says instead his agency can hold FHLB members to the statutory requirement to have a commitment to housing finance by monitoring asset levels, rather than having a bright-line test.
The other win for community banks is a complete ban on FHLB membership for captive insurance companies. Such companies are those whose primary customers are its parent or sister companies, and are therefore easier and cheaper to operate.
In recent years, real estate investment trusts (REITs) that were ineligible for FHLB funding, formed the captive insurers in order to get into the system. It's possible that had captive insurance companies remained eligible, hedge funds and investment banks might have gotten in on the action as well. According to the Wall Street Journal, a total of 40 captive insurers, with outstanding borrowings of $35B, were FHLB members at the end of Sep.
Watt says the change ensures institutions that are ineligible for FHLB membership can't frustrate the intent of Congress. If Washington wants to amend the FHLB Act to make REITs and other types of financial companies eligible, it can do so, he says.
It should be noted that the Council of FHLBanks and the MBA both opposed the change, with the MBA's David H. Stevens calling captives "important members of the system" whose departure "removes a vital component of the FHLBank membership which provides liquidity for the real estate finance market."
As for Constant Comment tea, food journalist Clementine Paddleford said in an article upon its 1945 introduction that the tea was "so flavorful that three-quarters of a teaspoon make six bracing cups of aromatic spiciness." The remarks from the MBA demonstrate that FHFA got a fair amount of spiciness in its comments as well.
Subscribe to the BID Daily Newsletter to have it delivered by email daily.

Oil rose past $31 a barrel while yields declined 1bp.

Javelin research finds that 2015 marks the first time in history that more people used mobile banking (30%) than branches (24%) in the US. Also in 2015, Javelin found 10% of US adults began using mobile for the first time and over the past 5Ys, adoption of mobile banking and smartphones has more than doubled while tablets have increased about 8.5x.

Insurance company MetLife (NY) said it will sell or spin off most of its retail group as it seeks to avoid being classified as a systemically important financial institution (SIFI). Such designation requires more onerous regulation and increased costs, so MetLife is seeking to restructure parts of the company. MetLife is the largest life insurer in the US and has $2.5T in policies written and $350B in assets under management.

The New York Times reports the Treasury Department has announced steps to track the buyers behind all cash real estate transactions. Treasury is reportedly concerned properties are being used to launder illicit money.

Royal Bank of Scotland is warning investors to "sell everything except high quality bonds," saying the stock market is heading for a financial meltdown that "looks very much like 2008."
Copyright 2018 PCBB. Information contained herein is based on sources we believe to be reliable, but its accuracy is not guaranteed. Customers should rely on their own outside counsel or accounting firm to address specific circumstances. This document cannot be reproduced or redistributed outside of your institution without the written consent of PCBB.