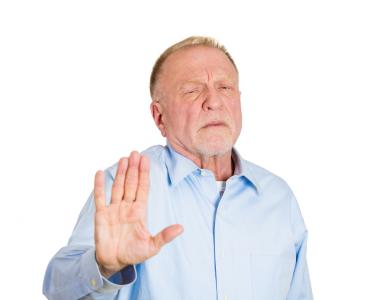 by Steve Brown
Share this Article:
In June of 2011, Warren and Maureen Nyerges were incredibly surprised and annoyed when Bank of America foreclosed on their home. While those may not seem like the typical adjectives to describe a foreclosure, the Nyerges' foreclosure was anything but typical. That's because they had purchased their home with cash just 2Ys earlier and didn't have a mortgage with anyone. Unfortunately for the couple, repeated calls to the bank and even a certified letter mailed to the president got them nowhere. The Nyerges' finally managed to get the foreclosure dismissed two months later. At that point they asked for reimbursement for the $2,500 they had paid in legal fees and were granted a judgment, but when another five months of calls and letters again got them nowhere, the Nyerges' got a writ of execution from the court that gave them permission to seize bank assets as payment for their judgment. It was only after the couple showed up at their local branch in FL, accompanied by a moving truck and two sheriff's deputies, that they finally got results.
Given stories like this, it is not surprising that a recent survey from management consultancy firm cg42 found that the banking industry's biggest banks risk losing deposits of up to $649B if unhappy customers were to switch banks. According to cg42's research, as many as 23% of the big banks' current customers say they are ready to switch banks--though the firm predicts that only about 8% of them will actually do so.
This research takes into account how often customers find themselves frustrated with their current banks; how likely such frustrations are to make customers actually switch; how common or uncommon those frustrations are across the industry (or whether they are unique to specific banks); and the ways that customers share their frustrations (such as venting on places like Facebook). The research finds there are also many similarities between the things big bank customers experience when it comes to being unhappy. The biggest frustrations are: dealing with employees who are unable to fix problems; superfluous fees; errors on bank statements; and limited bank branches (or branches that are inconveniently located).
While these findings are bad news for the big banks, they point to opportunity for community banks. By catering advertising to let these customers know you are ready and able to make up for the shortcomings of the biggest competitors, you may be surprised at the results you might get.
Of course, it also means the rising number of online banks, nonbanks and fintech companies could potentially benefit from any defections from the largest banks, so competition could be high.
Given this reality, we suggest you take note of the things that actually spur customers to switch banks. Here, research finds a large number of people will whine but never bother to switch--regardless of how unhappy they are. They perceive all banks are roughly the same it seems.
That said, when it comes to customers of the biggest banks who have actually switched banks within the past 12 months, the most common reasons cited were: high fees and overdraft charges, poor customer service and the relocation of branches to less convenient places.
Finally, you might also want to conduct surveys of your own customers to identify any areas where you may be falling short from their perspective and to see what you can do to ensure existing clients are kept happy. Letting customers know that you care about their feedback and are interested in making them happy can go a long way.
As for our original story, when the bank finally did send a letter it merely apologized for not obliging with the court's order to reimburse legal fees sooner and it reportedly made no mention of the trouble it had caused the customers by wrongfully foreclosing on their home. It certainly couldn't have helped that the bank also misspelled their last name in the letter!
Subscribe to the BID Daily Newsletter to have it delivered by email daily.

Not Exactly A Boston Tea Party

Research by Pensions & Investments finds people can have allocations to company stock in the company they work for in their retirement plans above 42%. Meanwhile, other research finds that the percentage of plan participants who are 100% invested in company stock run from 0.5% to about 4%. This can be risky should the company find itself under strain at some point.

A study of Baby Boomers by the Transamerica Center for Retirement Studies finds: 67% plan to keep working past age 65 or don't plan to retire; the estimated median of reported total household retirement savings is $135,000; 39% expect to earn income by working during retirement; and 35% have not made a retirement plan. Meanwhile, current retirees say their biggest regrets in doing so are: 76% wish they had saved more; 68% wish they had learned more about retirement saving and investing while working; and 41% say they should have relied more on outside experts. Perhaps this is another opportunity for community bankers to engage clients.

The state of Alaska is considering imposing an income tax for the first time in 35Ys as oil revenues decline.

Research by Malcolm Gladwell who wrote Blink finds that about 14.5% of all men in the US are six feet tall or more. Interestingly, the percentage surges to 58% among CEOs of Fortune 500 companies.