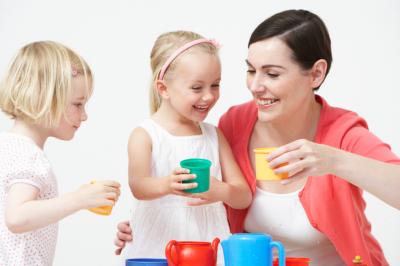 Not Exactly A Boston Tea Party

Rabble-rousers reportedly destroyed 340 chests of tea on the evening of December 16, 1773. This event is better known to most as the Boston Tea Party and the destruction amounted to more than 46 tons of tea leaves. That quantity could have brewed 18,523,000 cups of tea. In today's money, the losses of this event would have amounted to nearly $2mm.
The value of money has clearly changed over time and how people make payments has also shifted significantly. While cash remains very important in the US (consumers use cash for 50% of all transactions <$50 and cash is either the most used or 2nd most used payment instrument according to the Fed), other countries are heading away from cash.
Consider that we are now on the cusp of witnessing a handful of countries around the globe go entirely cashless perhaps. In Sweden, for instance, there are reportedly fewer than 80B Krona in circulation, the equivalent of about $9B. Of that, only about 40% to 60% actually circulates.
One of the reasons the cashless trend has taken off so swiftly in Sweden is the immense popularity of Swish, an app owned by a consortium of Swedish banks. Swish allows consumers to use their mobile phones to make payments and transfer money to someone else's bank account. It has become so popular that some major banks in Sweden are reportedly refusing to accept cash. What's more, bankers are now required to file police reports whenever someone uses cash for banking transactions.
Denmark is another country moving swiftly toward a cashless society. People there use credit cards for even small purchases like buying a hot dog from a street vendor. The country has a stated goal of completely doing away with paper money by the year 2030. Twenty years ago, 80% of Danes paid in cash while shopping; now less than 25% do so, according to reports.
Contrast these experiences with the US. Here, as seen above, many transactions still happen in cash. This is true even though prognosticators have been predicting the death of cash for many years given technology advances.
Indeed, in the move toward a cashless society, the US is considered only at a tipping point, according to a 2014 MasterCard study. We're ahead of some countries like China and Japan, but behind others like Sweden, the Netherlands and Singapore that are in the advanced stage of the shift.
A cashless society only works when all of the pieces of the puzzle fit just so. For instance, businesses in Sweden have abandoned the concept of a minimum spend rule for credit card transactions, which is still not the case for many establishments here. In Denmark, meanwhile, legislators are trying to give establishments the right to reject cash--a practice that is already common in Sweden, but nowhere near viable here.
For cash to get knocked from its perch here, we'll also have to see a big uptick in the use of newer payment technologies. These would include such things as digital wallets, virtual currencies and P2P. Further, we would also have to take a close look at the potential impact on the world when you mess with the global currency of the US dollar. This impact is unknown in the shift to cashless, so more research is needed. Finally, any move toward cashless will require significantly increased digital security, buy-in, investment and infrastructure changes on the part of consumers, merchants and banks.
We haven't reached the point in the US where banks should consider dumping their greenbacks overboard, so keep sipping your tea as you read this morning. In the meantime, we will continue to watch with interest how other countries move toward a cashless society.
Subscribe to the BID Daily Newsletter to have it delivered by email daily.

Morgan Stanley indicates that since oil is leveraged to the US dollar, appreciation of the dollar could push oil prices down to as low as $20 per barrel. Meanwhile, the Wall Street Journal reports one analyst is predicting 33% of US oil producers could move towards bankruptcy by mid 2017 if oil prices don't recover.

FactSet projects Q4 corporate earnings will decline 5%, marking the third consecutive quarterly decline (the longest since 2009). Further, S&P Capital IQ projects 60% of S&P 500 sectors will have negative YOY profit growth, as energy leads the field with a 68% decline. Note that financials are expected to eke out a 1.4% increase.

As you seek to boost productivity in 2016, note that research by Yast finds: workers spend 33 minutes per day just attempting to schedule meetings and 74 minutes per day are wasted trying to contact customers or colleagues.

Research by the National Association of Counties finds 93% of counties in the US have not yet fully recovered from the Great Recession that occurred more than 6Ys ago. The study measured total employment, the unemployment rate, the size of the economy and home values both pre and post recession to gauge recovery.

Fidelity Investments reports millennials are saving a median of 7.5% of their pay for retirement (including any match they get from their company) vs. 5.8% 2Ys ago--a 29% increase.
Copyright 2018 PCBB. Information contained herein is based on sources we believe to be reliable, but its accuracy is not guaranteed. Customers should rely on their own outside counsel or accounting firm to address specific circumstances. This document cannot be reproduced or redistributed outside of your institution without the written consent of PCBB.