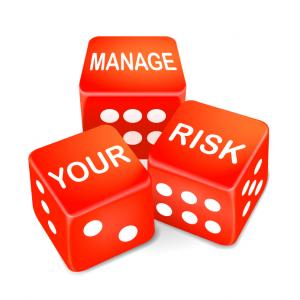 An old story on the Internet goes that a lawyer some time ago was trying to get an FHA loan for his client in New Orleans. The lawyer reportedly was told by a bureaucrat at the agency that he could only get the loan if he was able to show title to a property that was being offered as collateral. After months of work, the lawyer returned with the precious document's provenance back to 1803, but the bureaucrat reportedly would not accept it and said the title needed to be cleared back to its origin. After more months of work, the lawyer reportedly returned again and this time showed the aforementioned bureaucrat paperwork that indicated: New Orleans was in Louisiana; which was purchased by the US from France in 1803; which was previously held by Spain when Christopher Columbus arrived by sea; which trip had received the blessing of the Pope; who is considered the emissary of God on earth; who created the world; so God is the rightful owner of origin. At this point, the bureaucrat reportedly relented.
This story sprang to mind when we focused on recent regulatory expectations around the detailed work community banks will need to do when either purchasing loans from or selling loans to nonbank online alternative lenders. While not nearly as onerous an effort as the story above, multiple rules and regulations must still be followed so it is good to be aware of them.
Perhaps the best starting place is a recent speech by Fed Governor Lael Brainard on this subject. In it Ms. Brainard points out that when it comes to community banks referring loans to or getting loans from nonbank online alternative lenders, it is important to "anticipate and carefully manage the associated risks." She also tells community banks to take the time to identify and mitigate risks as "a prudent step" in order to "avoid unintended consequences when entering into partnership agreements with alternative online lenders."
That is probably still as clear as mud to you, so let's keep going. The biggest issue for community banks dabbling in the nonbank online alternative lending space is perhaps the thing that also makes it so appealing to customers. Nonbank online alternative lenders heavily leverage technology and proprietary algorithms to expedite loan underwriting and approvals. These algorithms often take into account a broad range of data from a variety of sources that can even include combing through social media accounts. It is these very algorithms where regulatory compliance issues can surface, so banks should be vigilant and careful.
Based on recent speeches, regulators expect banks that purchase consumer loans from nonbank online alternative lenders to know whether such lenders are adhering to fair lending, unfair or deceptive acts or practices. Regulators also expect banks to fully understand the origination and underwriting methods used and ensure algorithms used for credit decision-making do not lead to disparate treatment or have a disparate impact.
There are a whole host of regulatory compliance-related questions that regulators say banks should be considering here. These include: knowing whether the loans offered or the lending platform has been reviewed for compliance with applicable federal and state laws; and whether the loans originated by the partnering lending platform have been reviewed from a consumer fairness standpoint. Here, even banks that refer loans they may not want to originate over the wall to a nonbank online alternative lender for a fee must ensure any issues have been identified that could lead to disparate treatment of customers.
We bring this up to alert community bankers to thoroughly understand the rules and regulations around nonbank online alternative lending (whether you are buying or selling) in order to avoid problems in your next exam.
Subscribe to the BID Daily Newsletter to have it delivered by email daily.

Treasury yields surged 13bps as the dollar weakened against the euro--the most since 2009.

FOMC Chair Yellen indicated the economy is on the road to recovery and said a rate increase "would be a testament, also, to how far our economy has come in recovering from the effects of the financial crisis and the Great Recession." Market strategists indicate this suggests strongly that the Fed intends to raise rates in December.

Target agreed to pay $39mm to banks settle loss claims from the data breach that occurred 2Ys ago and impacted about 40mm customers. That is about $1mm per customer, but pales compared to the ultimate cost to financial institutions estimated at $18B.

The CFPB reports tougher rules around credit cards have eliminated at least $16B in fees charged to consumers.

The latest Business Roundtable survey of CEOs finds economic expectations have declined to the lowest level in 3Ys.

The ECB announced a cut to its deposit rate and expansion of its stimulus program as it fights to boost the Eurozone economy.

Citigroup strategists project the cumulative probability of a recession occurring in 2016 will reach 65%, as the economy reaches its 7th year of recovery following the crisis.

The ABA reports new credit card accounts jumped 16% YOY, as credit card debt outstanding as a share of disposable income remained unchanged at 5.3%.
Copyright 2018 PCBB. Information contained herein is based on sources we believe to be reliable, but its accuracy is not guaranteed. Customers should rely on their own outside counsel or accounting firm to address specific circumstances. This document cannot be reproduced or redistributed outside of your institution without the written consent of PCBB.