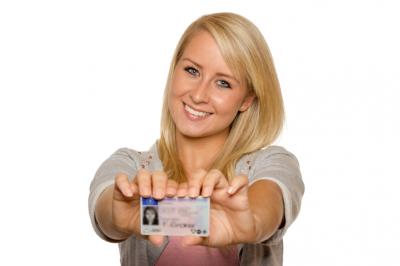 When GA teens Alicen and Alicia Kennedy recently set off for the DMV to get their driver learning permits, they thought they were prepared. After all, they had spent a lot of time studying the rules of the road. What these identical twins weren't prepared for was being told they could not get their permits because they were far too much alike--right down to their incredibly close Social Security numbers. You see, these days, when an individual applies for a permit there is a system of checks and balances the DMV undertakes. These include running searches with Social Security and DHS, among others. Since the girls' photos were identical, and because they share the same birth date, have similar Social Security numbers and have such close names, they were flagged within the system as frauds and blocked for a week.
As the Kennedy sisters learned firsthand, there are times that the rules and procedures set up to protect society as a whole can prove extremely problematic for innocent people who get caught up in the system. Clearly, this made us think about the regulatory examination process that banks are subjected to and how they have exploded since the crisis.
We know what you are thinking here--when bankers get slammed by regulators on-site, what can you really do? Do you really want to put a spotlight on yourself even if the conclusions reached are believed to be unwarranted? After talking to many, many banks on this over the years, most will not and do not press beyond the exam team so they continue on even if they strongly believe something else. Very few ever look to appeal things.
That is why we were intrigued by a recent paper published by Julie Andersen Hill, a professor at The University of Alabama School of Law. The paper is entitled "When Bank Examiners Get It Wrong: Financial Institution Appeals of Material Supervisory Determinations." It focuses on the appeals process.
Using the Freedom of Information Act, Hill gathered data on the appeals that have been filed historically. She found that thousands of banks have been examined each year since regulators put their appeals processes in place, but only a relatively small number of appeals decisions have actually been made. To be specific, the paper indicates only 157 decisions have been made by the OCC Ombudsman; 63 decisions have been made by the FDIC's Supervision Appeals Review Committee; and the Federal Reserve (where Hill could only get data from 1995 through 2000) decided only 25 appeals during that period.
You could argue there are many reasons why so few bankers might ask for a review and we are certain many of these get down to facts and circumstances, but who knows. The interesting point on this issue is that Hill also took a stab at that by releasing some ideas and thoughts for bankers and regulators to consider.
For instance, she suggests regulators make some significant changes to their appeals processes by: providing a dedicated appeals person who is not an examiner that has reviewed the bank; allow banks to have access to detailed information about the decision-making around the appeals process; and for regulators to conduct a detailed review of their appeals processes to be sure that the standards they are holding banks to are clear and uniform.
We will have to wait and see if anything changes here or whether more banks may appeal. In the meantime, we urge anyone who is a twin or knows a twin, to be alerted to some of the potential issues you/they might face when interacting with the DMV the next time/first time you/they update your/their license.
Subscribe to the BID Daily Newsletter to have it delivered by email daily.

Treasury yields were up 4 bps mainly due to the release of positive jobs data.

Goldman Sachs predicts the Fed will move at a modest pace or about 50% of the speed it normally would to raise rates, essentially increasing rates at 25bps every quarter in 2016.

A Bank Director survey of the greatest technology concerns bankers say they have at their bank finds: having a strong technology infrastructure to protect against cyber attacks (79%), spending the right money on the right technology (66%), effective use of the bank's data (47%), mobile offering not keeping up with consumer demands (40%), core processers impede ability to innovate (36%) and cost to upgrade old and/or outdated technology.

Codigo reports institutions adding new branches say they plan to have an average employee headcount of 6.5 per branch.
Copyright 2018 PCBB. Information contained herein is based on sources we believe to be reliable, but its accuracy is not guaranteed. Customers should rely on their own outside counsel or accounting firm to address specific circumstances. This document cannot be reproduced or redistributed outside of your institution without the written consent of PCBB.