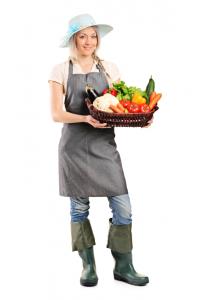 Back in 1965, CBS introduced Americans to Green Acres, a cheesy sitcom about an extremely wealthy couple who trade their Park Avenue home for life on a country farm. The show, which depicted the couple's difficulties in adapting to a simpler lifestyle, was extremely popular and ran through the 1971 television season. About 38Ys later, Fox re-introduced a new generation to the idea of socialites adapting to country life, but with a whole new spin. Seeking to capitalize on the popularity of "reality" TV shows, Fox decided to re-create the Green Acres' plot for real. The Simple Life, which debuted in December 2003, centered around the struggles of best friends Paris Hilton, an heiress to the Hilton hotel chain, and Nicole Richie, the daughter of musician Lionel Richie, as they tried to live on a farm.
The cyclical nature of themes on TV made us think about how banks are going to have to reexamine their thinking about deposits under new Basel III rules. Since the Fed lowered interest rates to the point of virtual non-existence, many people have been content to leave large chunks of money parked in checking and savings accounts. There just hasn't been much reason to lock funds up in other products with equally low rates. But, as the Fed begins to raise interest rates soon, it is time for banks to once again start thinking about deposits. That's because when the Fed finally does raise rates it will essentially be waving a giant checkered flag to the public signaling that it is time to pull money from low-yielding savings or checking accounts and to once again look at alternatives such as CDs, equities or other investments.
For many banks, the prospect of large sums of funding shifting somewhere else is a troubling one because it is compounded by Basel III rules. These require banks to classify deposits as being either operating or non-operating. Under the new rules, deposits that have the potential to be pulled out by their owners at any point in time must be classified as non-operating deposits and therefore require banks to maintain a buffer of high quality liquid assets, such as Treasuries, to offset the possibility of a sudden loss of those funds.
The issue of operating versus non-operating classifications is one that will impact banks across the board. Given how much money has flowed into bank deposits following the crisis, some of the banking industry's largest players have already begun to push some of these deposits out the door. In some cases, customers with large deposits in accounts that have traditionally been free have been told that if they don't move their deposits there is a strong possibility they will start being charged fees to offset the costs of adhering to Basel III requirements.
Community banks should be aware of the changes Basel III will bring to the way the banking industry approaches deposits and how these changes could impact them. These include the direct challenges to non-operating holdings and to the potential to attract new business as some of the biggest players encourage depositors to move elsewhere.
Further, community banks should also make an effort to get out in front of inevitable rate hikes by educating both existing and potential customers. While rate hikes are expected to be slow and steady, it is never too early for banks to begin internal discussions about the impact rising rates will have on the changed components of the banking industry. After all, it sure beats shoveling horse manure in a barn somewhere.
Subscribe to the BID Daily Newsletter to have it delivered by email daily.

Treasury Yields were little changed, dropping 1bp, due to light activity heading into the holiday.

Global regulators finally completed rules to end too big to fail. The rules apply to the top 30 banks in the world and will require them all to boost their financial cushion to 16% of risk- weighted assets by Jan 2019 and 18% by Jan 2022. The move means these large banks will need to raise an estimated $1.2T in new loss-absorbing securities by that time.

Barron's reports this rate hike cycle won't give as much upside to bank earnings growth because the industry has had to de-lever following the crisis and now holds about $3.3T less in funds to lend out than it did in 2004.

The OCC has hit US Bank with a consent order related to deficiencies in its BSA/AML program, forcing it to enhance programs and implement changes.

Research by Bank of America Merrill Lynch finds advances in analytics, robotics, artificial intelligence, drones, sensor technology, 3D printing and other technologies are "radically accelerating" innovation. As such, the report sees a boom in the internet of things in the coming years, along with sharply lower costs for robots and a huge acceleration in automation of tasks and elimination of certain jobs.
Copyright 2018 PCBB. Information contained herein is based on sources we believe to be reliable, but its accuracy is not guaranteed. Customers should rely on their own outside counsel or accounting firm to address specific circumstances. This document cannot be reproduced or redistributed outside of your institution without the written consent of PCBB.