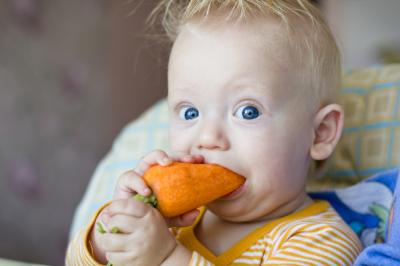 Many people are making healthier eating choices these days and this includes buying organic vegetables. In fact, the USDA reports consumer demand for organically produced goods continues to show double-digit growth and organic products are now available in 75% of grocery stores. All told, organic sales now account for about 4% of total US food sales. Maybe what is holding organic veggies back from reaching 10% or more is that some tend to look a little less perfect than their chemically enhanced brethren. Anyone who grows vegetables will tell you that humans are not the only ones who enjoy fresh produce. Rabbits, gophers, squash bugs and tomato worms are all just waiting for people to go inside so they can chow down on their part of the crop. To be healthy, growing and nurturing organic veggies may be worth it, but it does take a bit more effort.
In the world of banking, community banks are working hard to grow organically as well - and not just their loan portfolios. Many are seeking to organically grow their management teams. The demographics are clear - bank management is aging so succession planning is key to future success.
Consider that since 2008, the average age of bank a CEO has been around 58Ys old, but the numbers rise when looking at banks involved in M&A activity. Here we look at a survey by the Indiana Bankers Association. It found that in banks acquired in the first 9 months of last year, the average age rose to 65. This was a survey of 399 banks under $10B, so it is right in the mix for community banks. Further, the survey found that CEO age currently averaged 59Ys old, but only 13% of the CEOs were younger than 50, while another 40% were over 60Ys old.
In short, the survey finds many Baby Boomers born between 1945 and 1965 (and that grew up in banking in the 1970s and 80s) will retire in the next 5Ys to 10Ys. Adding to this difficult mix is difficulty on the part of some executives whose entire lives have been built around working in the bank to begin the process of stepping aside so the bank can continue forward once they are gone. This can hinder the efforts for a bank to move forward in a rapidly changing business environment, as competitors adapt and move ahead. Is the generational shift the next banking crisis?
Certainly, retirement announcements are likely to pick up with the continuing recovery of bank stock prices and as the economy recovers. Competition for key employees is also heating up and not just in the C suite. It isn't uncommon to see instances where whole lending teams have packed up and moved to competitors.
So what should banks do to protect themselves? Begin by identifying promising talent. Then, move to nurture that talent. This should include mentoring and providing education through to continue to build knowledge. Doing so shows these key employees the bank supports them and is willing to invest in them for the future. In times of tight margins, it's easy to consider cutting back on educational development budgets, but the long term ramifications should be carefully considered.
Succession planning is all about having a coherent plan looking toward those who will run the bank in 5Ys to 10Ys. It's not just about presidents and senior management, so you have to look at every key area to develop succession plans. This also includes directors.
Keep working to grow your employees, tend to them regularly and they will eventually sprout into a great team. Avoid the bug spray, but do make every effort protect against invading pests, like executive search firms and competitor institutions.
It is all about having a carefully planned organic growth and succession strategy that will support both your employees and your bank will into the future.
Subscribe to the BID Daily Newsletter to have it delivered by email daily.

Treasury yields rose 6bps. An easing of global growth concerns via foreign central-bank stimulus, and solid earnings results from the tech sector lifted the equities markets and contributed to sell-off in treasuries.

In case you missed it, online lenders OnDeck and LendingClub are ramping up to target small business customers and better compete against banks. OnDeck announced it will make term loans to small businesses up to $500,000 for as long as 3Ys (was at $250k and 2Ys prior) and will offer lines of credit up to $100,000 (was $20k). Meanwhile, LendingClub announced it will offer lines of credit to businesses up to $300,000. The CEO of OnDeck indicated the larger loans will allow the company to compete more effectively against banks.
Copyright 2018 PCBB. Information contained herein is based on sources we believe to be reliable, but its accuracy is not guaranteed. Customers should rely on their own outside counsel or accounting firm to address specific circumstances. This document cannot be reproduced or redistributed outside of your institution without the written consent of PCBB.