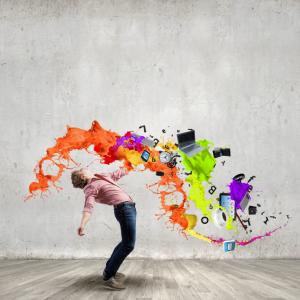 by Steve Brown
Share this Article:
We begin this morning with a story about two friends named Suryia and Roscoe. Our story begins like most with a moment where Suryia first lays eyes on Roscoe and knows right away that he wants him as a friend. This leads Suryia to walk over to Roscoe and initiate communication. The two have been the best of friends ever since.
Perhaps the most interesting part of this story is that this friendship is anything but typical. You see, Suryia is an orangutan and Roscoe is a Blue Tick hound dog. The story goes that Roscoe was homeless and happened to follow staff members of Myrtle Beach, South Carolina's Institute of Greatly Endangered and Rare Species to work. That's where Suryia was a resident of the reserve. Not surprisingly, this unique relationship made news, attracting the attention of editors at National Geographic, where their story and unusual relationship was first featured.
This unusual relationship made us think about some of the relationships that have begun to emerge between community banks and financial technology businesses (fintechs). While it may seem odd for community banks to partner with organizations that have been taking their customers, it can make some sense. To be sure, the banks that are heading down this road believe such relationships will ultimately help to boost their businesses, by reaching customers they could never attract or perhaps retain longer term on their own.
One area where this is happening relates to millennials and the generations coming up behind them. These tech-savvy youths avoid brick and mortar locations like the plague not only in banking, but pretty much for everything from clothing purchases to grocery shopping. As such, community banks can no longer afford to follow the old play book where expansion was accomplished by opening branches.
Today, instead of having to take on the costs of physical locations and having to staff them, expansion can be done much more quickly and in a far less costly way perhaps. Banks may be able to expand their own customer base and opportunities by carefully partnering with certain fintechs. Heading down this road can also save the time and costs involved in creating online applications or services directly perhaps and give the ability to boost offerings. This can help improve the competitive landscape against the biggest banks and others who seem eager to penetrate the banking industry these days.
Further, when things work well with the core providers, doing so may also expand community banks offering flexibility in the technology arena. These partnerships can be a way for community banks to provide mobile and online applications that are more unique than the offerings of others more focused on a basic approach perhaps.
For their part, fintechs participating in such alliances are motivated by the credibility these partnerships provide them. Since most are start-up operations trying to build awareness for their brands from the ground up and capture customers, they are hoping that partnering with community banks will build trust and help boost their own brands.
Before you write in asking which fintechs might make sense and which ones don't, we add a bit of caution here. As we have said before, the core system providers still rule the roost when it comes to customers, so depending on which system you have you may or may not have much flexibility.
No matter your situation, however, at least thinking about how your bank might work with a tech company is at least something to put on the list to do in 2016. As you do, think about which relationships, odd or not, might turn out to be as happy for your bank as that of Suryia and Roscoe.
Subscribe to the BID Daily Newsletter to have it delivered by email daily.

Bankers should note an interesting group to target for savings accounts - millennials. That is because Reuters reports the Fidelity Investments College Savings Indicator finds 74% of parents aged 30 to 34 have saved money for their children's college vs. 58% of parents in the same age group in 2007.

A survey by Animoto finds 4x as many consumers say they would rather watch a video about a product than read about it; 25% say they lose interest in a company if it doesn't have video; and 80% of consumers say a video showing how a product or service works is important to them.

Bloomberg reports a survey by Northwestern Mutual Life Insurance finds 40% of Gen Xers (born 1965 to 1980) do not feel at all financially secure and 38% have more debt than savings (more than any other generation).

The Fed reports directors are responsible for providing their banks with a compliance management program that includes preventive, detective and corrective measures to insure compliance with banking laws and regulations. Preventative measures include: policies, procedures, internal controls and training. Detective measures (designed to surface undesirable events) include: audits or other operational reviews, active board and management oversight and risk monitoring and management information systems. Corrective measures (actions to fix errors or violations) include: corrective action plans, status reports, quality assurance or control processes to identify and correct conditions that led to the error or violation and information systems that keep problems in the forefront until they are corrected.