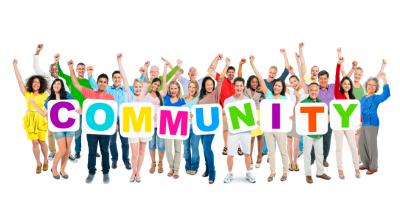 by Steve Brown
Share this Article:
In the more than 60Ys since guru investor Warren Buffett began his business career, the success he has achieved has made him a household name - even recognizable among people with little or no knowledge of the business world. Buffett's success as an investor has earned him an array of labels over the years - from the most successful investor of the 20th century, to the world's wealthiest person in 2008, among others. Given his net worth of roughly $67B, it is safe to assume that Buffett doesn't lose sleep worrying about his finances much these days. One could only imagine that each of his three children stands to inherit more money than the average person could even fathom, but that would be incorrect. Buffett has pledged his intention of giving away 99% of his money, both during his life and upon his death.
Not surprisingly, Buffett has been lauded as one of the world's greatest philanthropists. His vocal support of "The Giving Pledge" campaign has led many billionaires to follow his lead and agree to pledge most of their own fortunes to philanthropic causes. In banking, the equivalent philanthropic approach is probably best captured under the Community Reinvestment Act (CRA).
We bring this up because CRA comes into play when you do M&A (yes, we know that rhymes and hope you enjoyed it). Here, regulators have increased its oversight of bank CRA ratings when asked to approve M&A deals among banks.
Given a heightened focus on CRA activities, one way community banks can get a leg up may be to work more proactively and document thoroughly how your bank is helping troubled borrowers avoid foreclosure. Regulators are actively encouraging this, so it might make sense if you have the opportunity to do so and are thinking about M&A down the road some time. Doing so feeds right into regulatory discussion threads that have been encouraging banks to help customers within their own communities.
One way to assist customers and boost CRA is through efforts focused on counseling, loan refinancing or loan modification. This makes sense when you also consider that CRA was expanded in 2010 to allow banks to go beyond individual assessment areas to allow for activities related to the U.S. Department of Housing and Urban Development's Neighborhood Stabilization Program. These programs were part of a government effort to help stabilize communities with high foreclosure levels. Now community investments and development loans, or services that support projects that meet NSP eligibility requirements can also receive CRA credit.
Another way to get CRE credit relates to soft-second loans made for the purchase and restoration of foreclosed properties. These can also support the purchase or rehabilitation of foreclosed or abandoned properties or homes for rent or for sale. Plus, they can also support the redevelopment of demolished or vacant properties. Finally, under NSP rules, "foreclosures" would also include pre-foreclosure activities, such as short sales and deeds in lieu of foreclosure. This increases the number of options for community bankers to support CRA, so that is good too.
Ignoring the increased focus by regulators on CRA can be perilous to M&A transactions so it is better to move on this than to wait until you are sitting across the table from them. As some banks have already discovered, failing to meet regulatory expectations on the CRA front can mean lengthy delays that could put mergers at risk.
If the investing secrets of Warren Buffett have taught bankers anything, one is that community and activist groups can be extremely good at tying up deals, so preparation is key.
Subscribe to the BID Daily Newsletter to have it delivered by email daily.

Banking is all about taking risks, so processes around that make good sense. Among those to consider for any program include: making sure the risk and return is balanced (the more risk you take the higher the return you should get); have enough capital to absorb unexpected losses; have a process to proactively manage risk by avoiding it altogether, selling it, insuring it or accepting it (and document your choices); ensure you have active board and senior management oversight; have policies and procedures with set risk limits; have systems and reports that allow your team (and regularly report to the board) to measure risk, monitor it and manage it.

CNBC reports a report by German Security firm G DATA finds samples of malware on Android phones have jumped 25% in Q2 vs. Q1.

The National Small Business Administration reports cyber fraud cost the average small business about $20,000 in damages vs. $8,600 in 2013.

Software security firm Symantec reported in 2011 that 50% of all "spear-phishing" attacks (email with malware attached or malicious link) targeted businesses with 2,500 or fewer employees. The percentage jumped to 61% by 2013.