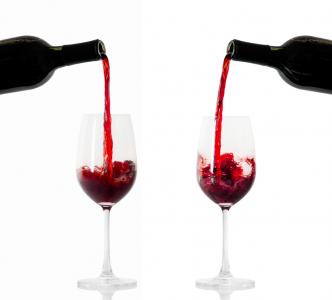 Meryl Streep is like good wine, the older she gets the better she is. In her newest movie, Ricki and the Flash, the actress portrays a convincing rock and roll singer and bad mother. In the movie, she didn't go to her daughter's wedding, but the critics ignore that as they just love her ability to sing. Throughout her career, Meryl has taken us along on all of her improbable journeys: the Iron Lady that becomes the celebrated prime minister of England despite the gender phobic conservatism of her party's leaders; the happy singer of Abba hits in Mamma Mia; a formidable Miranda Priestly in the Devil Wears Prada and a totally believable Julia Child in Julie and Julia. The sixty-something star is great to watch and her vast experience always improves her next performance.
We may expect the same from the Group of Thirty, a top notch club of international financial experts. They have just released a report on how to reverse the loss of public trust in the banking industry since the crash. These old men have seen it all - Paul Volcker was the Fed chairman in the 80's; his side kick Jean Claude Trichet used to head the European Central Bank; William Rhodes was a top executive at Citigroup and Roger Ferguson is the president of TIAA-CREF. They have been there and done that financially so they don't need to prove anything.
For their report, they interviewed chairmen, board members and supervisors in 16 countries. That work led them to see that a good strong culture must be at the forefront of the banking industry. Bankers have to live their ethical values, not just talk about them and it takes work every day. To reverse the battered image of the financial industry, bankers have to constantly nourish its core values. One way to minimize the cost of compliance and reduce the potential for fines is to establish a long term change in attitude and activity driven by high integrity.
Paul Volcker's solution is to involve the CEO, the board of directors, upper management and management in far away branches. He says the goal is to make sure "the tone from the top has a clear echo from the bottom." The board then can build a dashboard of company values and ensure the values remain a priority. The culture of a bank is exhibited in its behaviors, supported by a few good values found in the bank's DNA.
To be sure that the message permeates the organization, it has to be championed by the CEO and the other top executives. Senior accountability must be in place and adherence to the standards has to be regularly tested. Don't ignore behaviors that point to issues and take internal actions when necessary.
The Group of Thirty also advocates better performance incentives. If someone wanders away from their values, including the CEO, bonus reductions, claw backs and even termination become possible. Boards have to be serious about ethics and they have to have an unwavering approach to them. They must make sure that high-quality risk management experts are also part of the team. The audit function has to be robust, well staffed, and at arm's length. If an employee reports any wrongdoing, the complaint must be taken seriously and confidentially.
Focusing your front line staff on setting the tone, monitoring, benchmarking and identifying best practices will lead to great results over time. When this is well done, there is also less need for enforcement.
As for her part, Meryl -the Iron Lady- Streep would understand this work ethic very well. Enjoy the show.
Subscribe to the BID Daily Newsletter to have it delivered by email daily.

Treasury yields fell 1 to 3bps as the August employment report disappointed, and the Dow fell 270 on international jitters as investors declined to hold stocks over the long weekend.

No major economic releases and focus will remain on international events.

The report showed continuing gains in employment during the month of August, but the data was weaker than expected with the addition of 173K non-farm payroll jobs and the unemployment rate dropping to 5.1%. An increase of 217K was expected, with a drop in the headline unemployment rate to 5.2%. While there was an upward revision to the previous two months of 44K jobs, the picture is muddled in advance of the Fed's meeting in September. Wage growth remains sluggish, an unusual case in that improving employment is normally accompanied by wage gains for workers. This report is likely the last major piece of data the Fed will consider in advance of its meeting Sept 16-17 when many are calling for the beginning of a tightening cycle.

Gartner reports global smartphone sales have declined by the largest percentage in 2Ys, as China and other countries see more economic softness.

Research by PricewaterhouseCoopers finds 75% of family owned businesses say they do not have a documented succession plan in place for senior positions in the business. This might be an opportunity for community bankers to engage with clients as you check in and see how things are going. Perhaps a nice value-add opportunity as well.

The Fed reports the total number of checks from businesses and consumers that were paid slipped 9.2% per year from 2009 to 2012. More businesses and consumers are shifting to credit and debit cards, as well as exploring digital channels. An older data point to consider but a reminder to keep evolving your bank's business model to retain customer interest and meet the needs of a broad customer base.

A survey by Brother International of small business owners finds that if given the opportunity they would replace current laptops (38%), mobile devices (20%) and desk phones (13%).

Forrester Research reports consumers made $52B in mobile payments in 2014, a number that is projected to increase to $142B in the next 3Ys (2019).
Copyright 2018 PCBB. Information contained herein is based on sources we believe to be reliable, but its accuracy is not guaranteed. Customers should rely on their own outside counsel or accounting firm to address specific circumstances. This document cannot be reproduced or redistributed outside of your institution without the written consent of PCBB.