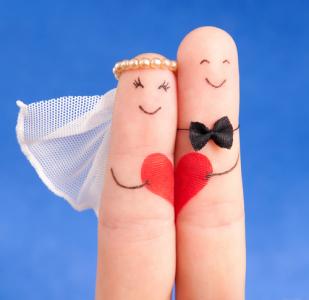 by Steve Brown
Share this Article:
Honeymoon is the term used to designate a vacation time for newlyweds that celebrate their new marriage in intimacy and seclusion. It's widely understood that it is a bad idea to bring along extra family and friends on one's honeymoon. But where did this odd term come from? The Oxford English Dictionary gives examples in literature back to the mid-1500s. These texts explain that the first month is expected to be the best time in a marriage and in many cultures, large quantities of mead (made with honey) were consumed.
Bankers may enjoy some mead from time to time, but they should not expect a honeymoon regarding their deposit costs once the Fed begins to raise interest rates. At least that is what the CFO of JP Morgan has concluded in a recent article from the American Banker. In it, CFO Marianne Lake indicated that JPM expects to pay more on deposits when the Fed raises short term interest rates and expects to do so sooner rather than later.
To manage risk, we urge community banks to pay close attention to the strategic moves of their big competitors. These behemoths control most of the deposits in most markets to begin with, so any changes can have widespread impact because they set the baseline for both deposits and loan pricing.
Let's take a look at JPM's posted deposits rates. We find they are between 1 and 5bps all the way out to 36 month CDs. Their advertised rate for a 36 month CD is 0.05%, while the national average according to the FDIC is 0.36%. It is not surprising then to find that JPM only has 6% of its deposits in CDs.
In addition to that, we find domestic non-wholesale deposits at JPM are only 50% of assets. That is low even in comparison with Wells Fargo and BofA. Here, the American Banker article notes that JPM has run off a significant quantity of deposits with a reduction from $1.36T to $1.29T as of June 30 (about 5%). Assets have contracted as well, but primarily this was a reduction in cash which has served to help increase their NIM.
Given the current deposit rates at JPM, it can hardly be surprising that they expect them to rise, and percentage-wise, by a significant amount. One thing community banks can do is to understand who their competition is for deposits, where opportunities lie to further reduce rates and how best to address the pressures that might come from different deposit structures. In the article, JPM said it expects a more rapid increase in deposit rates than in past increasing rate cycles, at least in part because it is so simple to move funds now. Customers rarely mail deposit checks to their banks anymore and all of the technological advancements makes it easier for customers to find and take advantage of a better interest rate somewhere else.
The biggest lesson that community banks should take away from JPM's discussion and their actions is how carefully they are planning. They are adjusting not only their deposit mix, but also the asset side of the balance sheet, with expectations of higher short term interest rates in mind.
Active risk management is critical at this juncture because so much has changed. Regulations, brokered funding, and many other factors have all been changed and will continue to impact banks. On top of all that, we are also about to shift from very low rates to an environment we have not seen in 10Ys (the last time rate hikes occurred).
Competition for loans remains tough so deposit and funding considerations may be one area where you can still improve NIM and hang onto liquidity. Once rates rise, the honeymoon will be over, so planning now can help your bank have a stable future.
Subscribe to the BID Daily Newsletter to have it delivered by email daily.

Bankers will find it interesting that Pew research finds 67% of cell owners will check their phone for messages, alerts and calls even when the phone is not ringing or vibrating. Nice marketing opportunity perhaps.

Research by comScore Mobile Metrix finds the difference in median household income between US iPhone users and Android users is $87,000 vs. $59,000 or about 32% higher. Bankers may want to look at the phones depositors are using when determining whether or not to pitch deposit products and perhaps target more iPhone users than Android.

Regulatory units of Substandard, Doubtful and Loss are considered Classified Assets. Of note, however, regulators consider a Doubtful classification to be an interim measure only until information becomes available to substantiate a more appropriate treatment.

Regulators define a Substandard asset as inadequately protected by the current sound worth and paying capacity of the obligor or of the collateral pledged (if any) with a well defined weakness or weaknesses that jeopardize the liquidation of the debt. These assets are characterized by the distinct possibility that the bank will sustain some loss if the deficiencies are not corrected.