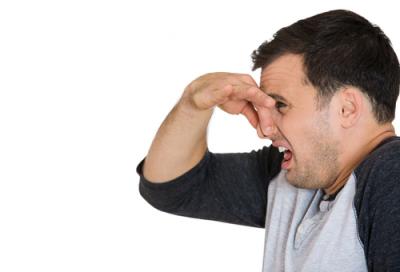 Stink Bombs On The Balance Sheet

During the 19th Century, it was widely believed that bad smells were the primary carriers of diseases. While bad smells may be the result of disease-carrying bacteria, there was some difficulty in determining cause and effect back then. In any case, in the 1870s the New York City Metropolitan Board of Health created a "stench map" to point out where the most odoriferous industries were located. The map showed not only the location of smelly industries, but also the most likely trajectories of the bad smells due to wind currents. The smelliest spots included oil refineries, slaughterhouses and manure heaps.
Bank management teams preparing for exams probably wish that they too could get a map to trace the exact location of potential stink bombs and where they are likely to migrate, given different sets of economic conditions. The creation of the stink map offers an interesting framework on how a bank can create an environment to encourage a seamless regulatory exam.
Bank boards and management should understand sensitivities and risks in their bank, especially in regards to their ALM process. This is critical so it can be explained during the next regulatory exam. A list of primary concerns includes how board policy limits are established and what impact those limits have on capital adequacy and earnings. Would the bank still be in compliance with minimum required levels if it hit the limits?
Other questions to ask include: Who has responsibility for modeling assumptions (ALCO or individual)? Is there proper corporate governance over this process? Are the bank's key modeling assumptions aggressively challenged and periodically stressed (sensitivity analysis)? Are software validations and independent reviews/back-tests up-to-date? Are discussions at the ALCO meeting properly documented?
Also around ALM, regulators are more focused on deposit behavior. This is because of concern over how the end of a long low interest rate cycle could affect deposit portfolios and where these customers may drift once rates begin to rise. To get a good handle here, banks should focus on key modeling assumptions to be sure they are based on bank history or industry experience. Regulators want banks to use experience, so be prepared to defend your choice if the bank has experience data and is not using it. Regulators also want bankers to tell them how non-maturity life/decay rates are calculated; whether assumptions vary based on age or the rate environment; whether the results match actual life; how deposit rate betas are derived; whether results have been back-tested; whether the bank has considered the impact of paying interest on demand accounts; how surge deposits are being valued and whether optionality in time deposits have been valued.
The loan portfolio is another area of regulatory focus, as it is the traditional location for potentially offensive odors due to credit risk. Here, regulators will ask bankers to justify whether asset optionality has been properly considered when calculating prepayment rates, whether the bank consider prepays and payoffs in the calculation, how the calculation considers refinance advantage/disadvantage and other factors.
Finally, liquidity is another area of regulatory focus in anticipation of changing depositor behavior in the not too distant future. Here, regulators will see whether the bank has prepared a liquidity stress test in support of its contingency funding plan.
If your bank follows the guidelines above, it is likely to sniff out problems before they become obvious, allowing the bank to put appropriate strategies and contingency plans in place. That should help you get through the next exam smelling like a rose.
Subscribe to the BID Daily Newsletter to have it delivered by email daily.

Yields are unchanged this morning as the session is expected to be a relatively calm one.

A report by the Banking Compliance Index finds the number of enforcement actions taken by bank regulators soared 30% in Q1 vs. Q4 2014.

Online lender Lending Club is expected to grow to $30B in managed credit card receivables in the next 3Ys.

Online lending entities such as Lending Club, Prosper and others have pushed loan volume to $9B as of the end of 2014, a 650% increase in the past 2Ys.

Seeking to address issues with Basel III, the Wall Street Journal reports the Fed is considering allowing banks to use some municipal bonds to meet new liquidity rules. To qualify, bonds would have to be highly liquid and demonstrate reliable liquidity during times of economic stress. It is expected that similar to high grade corporate bonds, banks would have make a 50% haircut when calculating liquidity.

A survey by the Society for Human Resource Management finds 90% of companies have not reduced full time employee hours to part time as a result of Obamacare and 67% say they still offer the same level of benefits as they did before the law. Of note, the "Cadillac tax" on rich employee benefit plans is working its way through the timeline and is set to take effect in 2018, so stay tuned.

Research from the Fed finds total student loan debt was $1.2T at the end of 2014, with a median loan debt balance of $14,400 and an average balance of $26,700. Meanwhile, 17% of borrowers are behind in their payments or in default and only 37% of borrowers are making payments large enough to reduce their balances.
Copyright 2018 PCBB. Information contained herein is based on sources we believe to be reliable, but its accuracy is not guaranteed. Customers should rely on their own outside counsel or accounting firm to address specific circumstances. This document cannot be reproduced or redistributed outside of your institution without the written consent of PCBB.