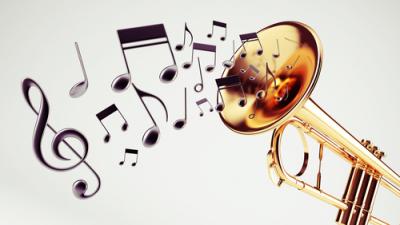 Keeping Up With The Times And All That Jazz

Nielsen just released its 2014 Year-End Report on music preferences in the US as measured by album sales and tied for last place are jazz and classical music. Each of the two last place genres represent only 1.4% of music consumption in the US. Classical music's numbers have remained fairly steady, but there has been a real drop in jazz sales and it seems to be directly associated to the demographic most likely to listen to jazz. Two trends have taken over the music business overall: the movement of new album releases to digital format plus the use of streaming services like Spotify. It seems that these channels have not been readily adopted by jazz listeners and as a result, jazz fans seem to not even be aware of new album releases and therefore are not buying new music.
Regular readers know that this publication has repeated like a broken record that banks need to update their mobile and digital offerings in order to compete with large bank competitors and to appeal to younger customers. This is important for the future of every bank's business, but there is also a demographic that does not communicate that way, or at least not yet. Banks need to continue to offer the services that traditional customers use, and be certain those services are up to date and are competitive. Even more, be certain you are communicating about those services using a channel that will reach the target demographic.
Community bankers have seen the studies that show the majority of bank customers either do not make money for the bank or actually cost the bank money. Many of the customers who will be the future of banking, including those most technologically advanced and demanding, probably fit into the 80% of bank customers who do not make money for the bank. They are the future, but banks have to make money now. For this reason do not ignore less tech-savvy customers who are likely some of the bank's most profitable customers, by putting all efforts and investment toward digital channels. Even the oldest demographic has rapidly adopted internet banking, but often don't fully trust mobile yet. Given time and appropriate communication, they are likely to move that direction. In fact, banks can help these customers by offering education on how to use all the bank's digital channels. It benefits banks to have its customers comfortable with digital access in that it is less expensive for processing, for communications both operational and advertising, and it helps the bank phase out obsolete systems over time.
The Economist estimates that 80% of adults worldwide will have a supercomputer in their pocket by the year 2020. These supercomputers will be in the form of a smartphone of course, and we think this may be a conservative estimate given the level of adoption of mobile worldwide.
We know plenty of jazz fans who are quite technologically up to date, so we did not mean to offend if you like jazz and are decent with technology. Given the integration of smartphones and digital transmission into every aspect of life and region of the world, we expect the others will quickly adapt to the ease of downloading music digitally. In the meantime, record labels promoting jazz should make a bigger effort to communicate with their target audience by means other than electronic. It is much less expensive to advertise electronically, but traditional methods are important as well - especially if they are necessary to reach your most valuable customers.
Subscribe to the BID Daily Newsletter to have it delivered by email daily.

Yields currently are down 1bp ahead of jobless claims, scheduled for release later on this morning.

The New York Times reports as of April 1, new rates kicked in under the National Flood Insurance Program that will increase policy premiums for homeowners in high risk areas by up to 25%.

JPMorgan indicates structural changes in the Treasury market post regulatory changes mean investors should expect to see more volatility, less depth and lower liquidity. Community bankers should be aware this could impact monthly mark to market on the investment portfolio and lead to a widening of bid-offer spreads on securities.

Community bankers should check their loan portfolios for potential retail lending risk to Dollar Tree and Family Dollar. That's because Dollar Tree said it has been instructed by the Federal Trade Commission to divest 340 stores as part of its takeover of Family Dollar Stores. Dollar Tree says that nearly all of the stores to be divested will likely be Family Dollar stores.

A study by IBM warns of a cyber attack known as "Dyre Wolf" that installs malware by tricking users into clicking on a malicious email. The malware monitors activity and waits for users to log into a bank website. Dyre Wolf then produces a pop-up warning indicating the website is having technical problems and to call a help center. Attackers answer the phone pretending to be bank representatives and attempt to get the customer's password. Once they have the password, they transfer money out of the account. Be careful and warn your customers as warranted.
Copyright 2018 PCBB. Information contained herein is based on sources we believe to be reliable, but its accuracy is not guaranteed. Customers should rely on their own outside counsel or accounting firm to address specific circumstances. This document cannot be reproduced or redistributed outside of your institution without the written consent of PCBB.