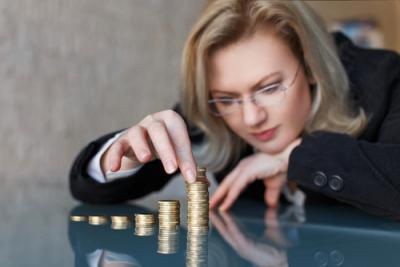 The Federal Reserve's Open Market Committee held a late night meeting in Washington DC last night and decided to raise the Fed Funds rate by 75bps to 1%. It was an unexpected move, but it did finally put to rest the speculation and rumor as to when the Fed would raise interest rates in 2015 and by how much. There had even been questions whether the Fed would raise rates at all in 2015 and Fed Chair Janet Yellen seemed pleased to have stopped all the chatter.
Fed Chair Yellen announced the move at a late night press conference and explained the Fed's thinking saying: "The financial press has been discussing this for so long, trying to second guess our intentions every time I raise an eyebrow or comment at a banker's luncheon. They read so much into every nuance, but in the end those luncheons all serve exactly the same bland chicken dish regardless of the location, so I just want to finish my speech and leave. It has been so boring to listen to all that yammering on TV. In my role as Chair of the Federal Reserve, there is an expectation that one should not shock the financial markets, but we decided there just was no sport in that. So we decided to do a big rate increase now and to get it over with while no one was looking."
Fed Chair Yellen backed up the decision by referring to the dual mandate of the Fed which states that monetary policy should promote the goals of maximum employment and stable prices, but also moderate long-term interest rates. Employment has improved a great deal over a number of quarters and inflation is mostly a negative number. Gas prices are low, plus electronics like televisions get cheaper every day. But how about those moderate long-term interest rates? Ask any banker if interest rates are moderate. Ask any senior trying to live on the income from CDs if these interest rates are moderate. The FOMC decided it was time to give a break to those earning a living off interest rates and move rates back towards what most people would consider a more moderate level.
At the late night press conference following the meeting, Yellen was asked about the importance of the wording in recent policy statements. A reporter noted that there had been some change in the wording of FOMC statements like the removal of "patience" at the March meeting, but that there was so much other cautionary language that no one expected the rate increase so soon. Yellen explained that there had actually been a progression of changes in policy wording, beginning with the removal of "for a considerable time" and the substitution of "patience." This constituted the substitution of an emotion (patience) for a time duration (a considerable time). She then pointed out that emotions can change at any time of course, which is why the FOMC made the substitution.
Yellen continued: "All the analysis of the wording just made us giggle, in that no one understood how quickly we could become impatient!" In addition to that, the Fed chair noted that she had specifically telegraphed the timing of a rate move in the March FOMC policy statement, by saying that a rate increase was not going to occur at the April 28-29 meeting of the FOMC. Indeed, they did not wait for the April 28-29 meeting.
In response to the surprise rate increase, there was some volatility in the global financial markets overnight as one might expect, and this is continuing this morning into the US markets. Traders have already begun setting up futures contracts betting on the timing of the next move by the Fed, which is likely within the next week or two, given last night's action.
We are sure you realize by now that this is the official April Fool's issue of the BID, but if not - April Fools! The Fed did not really raise interest rates, the picture is not Janet Yellen and all the quotes here are fictitious. We hope you enjoyed this edition and we'll get back to real work tomorrow.
Subscribe to the BID Daily Newsletter to have it delivered by email daily.

Treasury yields fell 2bps by the close of the session as end of the quarter brought relatively strong market activity along with it.

Yields are unchanged from the prior close as investors wait for ISM and Construction data, both scheduled for release later on this morning.

CEO Tim Cook recently told shareholders that Apple has signed up more than 700,000 retailers to accept Apple Pay vs. 220,000 at the product launch in Oct. 2014.

Bankers should note it has now been two months since USAA became the first US financial institution to offer voice and facial recognition to its customers using a mobile app. USAA offers customers three ways to get authenticated using a user ID and password; voice recognition or facial recognition. Each one then generates a security code. In two months, USAA has rolled biometrics out to 170,000 of its 4.1mm mobile app users or about 4.1%, so if the pace keeps up it will reach 25% within 12 months.

Bankers that sign onto wireless at hotels should be careful and may want to consider switching to a secure hot spot or one using a smartphone. Wired magazine reports that hundreds of hotels around the world using routers by InnGate are at risk and allow hackers to gain access through a recently identified vulnerability. Take precautions when traveling.

Small business lender Kabbage will work with analytics firm Orchard Platform to allow investors to purchase loans online for up to $35k. The move to combine data and analytics with small business and consumer loan offerings is expected to increase competition for banks in this area as investors go direct to borrowers.

Banks active in single family residential lending should note the OCC indicates the performance of first-lien mortgages serviced by the 8 largest national banks (23mm loans with $3.9T in principal balance) improved in Q4. Of this group of loans, 93.2% were current and performing at the end of 2014 vs. 91.8% in 2013.
Copyright 2018 PCBB. Information contained herein is based on sources we believe to be reliable, but its accuracy is not guaranteed. Customers should rely on their own outside counsel or accounting firm to address specific circumstances. This document cannot be reproduced or redistributed outside of your institution without the written consent of PCBB.