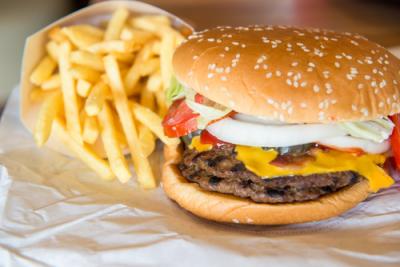 by Steve Brown
Share this Article:
Since the first McDonald's restaurant opened its doors in Los Angeles in October 1948, the hamburger chain has grown to become one of the world's largest and well known enterprises. McDonald's instantly recognizable golden arches can now be found across the globe. The company built its business on familiarity and the fact that the same items are available in each of its restaurants the world over. But bigger often isn't better and the chain has come under attack for everything from the high calorie count of its meals to its ingredients, the wages it pays and even the temperature of the coffee it serves. Many health conscious people are gravitating to small and independent dining alternatives and in many places, individual restaurants are prized over homogenous chains.
Fortunately for community banks, bigger isn't necessarily better in the banking industry either. This is clear from 2014 earnings results. As banking behemoths like Citigroup and Bank of America continue dealing with legal fees and the impact new regulations are having on some of their business lines, seven of the 10 largest banks in the US reported lower full year earnings than a year earlier. As a result, the FDIC said that the total $152.7B net income reported by banks in 2014 reflected a $1.7B decline from the industry's total net income in 2013.
On the flip side, community banks experienced a boost in Q4 2014 earnings, with total net income of $4.8B, up $1B from Q4 2013. As a result, 64% of the 6,037 banks classified by FDIC as community banks ended 2014 with higher full year earnings than they did in 2013.
The biggest driver behind the community banking sector's Q4 gains was a boost in net operating revenue driven by an increase in lending and overall loan growth. Beyond that, despite the difficulties of dealing with an ongoing environment of very low interest rates, gains are attributed to higher net interest income. Lower loan-loss provisions have also been an important factor.
The good news is that NIMs were also higher for community banks in Q4, with roughly 71% reporting an increase vs. a year earlier. Overall, community banks reported a collective NIM of 3.63% vs. 3.12% reported for all banking institutions.
There are some noticeable differences in the returns generated by publicly listed banks and thrift stocks as well in 2014 when divided by asset size. Bank and thrifts with assets of $100mm or less returned an average 9.77% for the year; those with assets of $100mm to $500mm returned an average 8.47%; while those with assets of $500mm to $1B generated average returns of 4.24%. Meanwhile, banks and thrifts with assets of $1B to $5B generated average 2014 returns of 1.88%; those with assets between $5B to $50B ended the year at 11.63% and those with market caps in excess of $50B wrapped up at 14.24%. Comparatively, the SNL US Bank & Thrift Index returned 11.63% in 2014, while the S&P 500 Index generated 13.69%.
As can be seen from the data, the largest banks, like McDonalds, will always have customers due to their availability and the predictability of their products and services. This does not mean however, that customers particularly enjoy doing business with them. Perhaps the food business is a decent example of how smaller restaurants and banks alike can have an advantage, while delivering better returns & happier customers.
Subscribe to the BID Daily Newsletter to have it delivered by email daily.

Community Trust Bank ($3.7B, LA) will acquire 4 branches in Houston, TX from Whitney Bank ($20.6B, MS) for an undisclosed sum. The branches reportedly have $106mm in deposits and $15mm in loans.

The FFIEC pumped out 2 statements late yesterday to banks, warning about destructive malware and cyber-attacks that compromise credentials. Neither one contained any new regulatory expectations, but both were strongly worded alerts to banks to take action to mitigate risks. On the malware front, regulators told banks to update business continuity processes to quickly reestablish processes after a cyber-attack involving destructive malware and to protect offline data backups. For compromised credentials, regulators want banks to have multiple layers of security controls, protect against the risk of compromised credentials and to have security measures to reliably authenticate customers who are attempting to access internet-based services.

The Financial Times reports banking regulations should finally slow down to a trickle now that Basel III is completed. That is good news for community bankers who have been drinking from 15 fire hoses at once since the crisis.

Community bankers will note Forbes reports ".bank" domains are now coming and could be available for use as soon as this summer.

The latest Fed Consumer and Mobile Financial services survey found people gave the following reasons for not using mobile banking: needs are already met (86%), don't see any reason to use it (73%), concerned about the security of mobile (62%), phone screen is too small (39%), don't trust the technology (34%) and don't have a smartphone (32%).