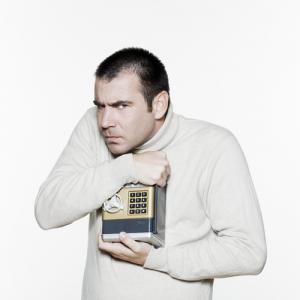 by Steve Brown
Share this Article:
When asked by his church rector for some investment advice, Jay Gould, the 19th century railroad baron and Wall St Tycoon made the pastor swear he would keep the advice secret. Gould told him "Buy Missouri Pacific." The clergyman did what he was told and the stock shot up for several months. The stock collapsed after that and the rector was wiped out. Sadly, he went to see Gould and told him that he had taken the advice and lost all his savings. Gould responded by giving the rector a check for $40,000 for the $30,000 he had lost. The pastor admitted upon leaving that he had not kept his word on keeping the advice secret and that had told his congregation. Gould cheerfully replied,"Oh, I know that. They were the ones I was after."
The congregants were exhibiting an early form of what academia calls behavioral economics. This is when investors can be manipulated toward financial decisions that may benefit them, but also likely benefit the person, like Gould, doing the steering.
In the retail sector, consumer marketing gurus are big on behavioral theory these days, particularly focusing on the way consumers create and maintain shopping habits in a predictable manner. By using behavioral economics technologies, retailers can then "push" customers toward more sales by leveraging key consumer data.
This begs the question whether behavioral economics can work for banks too? Absolutely banks can benefit and should do so by stealing a page out of the retail marketing handbook. Bank customers respond to interest rates and deposits in different ways, depending on their current mood and behavior. Bank marketing programs should capitalize on this.
Dan Geller, an academic researcher and author of the book Money Anxiety, has some advice for banks looking to capitalize on behavioral finance. He says the consumer financial behavior is so important in pricing is because "it allows banking executives to anticipate their consumers' behavior during varying economic times." Doing so he argues can help bankers ensure "the types of products and services they provide are likely to be desirable and attractive to consumers under the prevailing economic conditions." To get optimal results out of behavioral economic marketing campaign, community banks should focus on the following key principles:
Watch what consumers do, not what they say. Saying and doing are two different issues, and banks should know the difference. Measuring what consumers actually do, an objective measure is much more reliable than recording what consumers say which is subjective. This is why behavioral finance projections are more reliable than consumer surveys.
Get to know habits. As consumers, our actions are similar no matter what spending decision we face. Since our actions always originate in the brain (even impulsive ones), we are very likely to repeat similar financial behavior under similar economic circumstances.
Investor attitudes closely mirror current economic conditions. The economy is cyclical and consumer financial behavior also shifts accordingly. This cyclical shift should allow bank executives to anticipate demand for products and customer sensitivity to pricing during various stages of the economic cycle.
Jay Gould had no problem manipulating the financial behavior of people around him, both at work and even at church. The fact that those same people were eager to be steered toward a big money decision is what behavioral finance is all about. It is also a good lesson for bankers seeking better marketing results.
Subscribe to the BID Daily Newsletter to have it delivered by email daily.

The SEC has updated Regulation A, allowing banks and bank holding companies that do not report to the SEC to raise up to $50mm in capital without going public or having to ask permission from state regulators. The new Regulation A+ increases the cap on how much companies can raise, preempts state regulations, and allows any investor (not just accredited) to buy securities up to 10% of their annual income or net worth over a 1Y period. The move should expand capital flows for community banks (increasing lending limits and flexibility), online peer-to-peer lenders and others.

The latest Fed Consumer and Mobile Financial services survey found the most common uses of mobile banking are: checking account balances (94%), downloading the mobile app (71%), transferring money between own accounts (61%), receiving an alert from the bank (57%) and depositing a check using phone camera (51%).

The latest Fed Consumer and Mobile Financial services survey found 51% of mobile banking users have deposited a check using their mobile phone in the past 12 months vs. 38% in 2013 (+34% YOY).