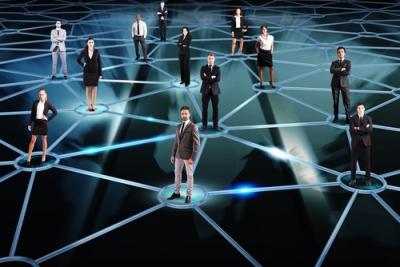 Making The Most Out Of Mobile

If you haven't heard the hum of flying cars whizzing past your window, you're in good company. But if you lived in Marty McFly's version of 2015, air motorways, as well as hoverboards, power shoelaces and self-adjusting jackets would be commonplace. Of course, filmmakers never intended the 1989 flick, "Back to the Future Part II," to accurately portray what was then two decades in the future. Yet there are a good number of innovations featured in the film that exist today including wearable computers, video chat & super-thin digital cameras.
There's no question that technology has come a long way over the past few decades. Consider that the first smartphone, the IBM Simon, came on the market in the mid-1990s. At the time, the going rate for the phone was around $1K. It could make and receive calls, send and receive faxes and emails and also had other features such as an address book, calendar, appointment scheduler, and calculator. It wasn't until 2002, however, when smartphones became more widely available to the masses. And only in the past few years have companies really started to hone in on how to use mobile devices to drive sales.
Take Amazon, for example. The online retailing giant recently released information that nearly 60% of its customers made their 2014 holiday purchases from a mobile device. That's up from 2013, when Amazon said around 50% of its customers shopped on a mobile device at holiday time.
We can't help but point out the striking disparity when it comes to mobile banking usage rates. While studies show that the majority of consumers rate mobile banking as important, adoption rates aren't nearly as compelling.
The sticking point to mobile adoption doesn't appear to be a lack of availability. According to RateWatch, 82% of financial institutions currently provide mobile banking services, compared with 68% in 2013, 49% in 2012 and only 41% in 2011. Yet many consumers still aren't taking full advantage of what mobile banking has to offer.
It appears security concerns are to blame and continue to keep some potential users at bay. It doesn't help that a spate of high-profile credit and debit card breaches have left consumers feeling perpetual distrust. Marketing can help ease these concerns, but banks will probably make more headway with customers simply by offering a better mobile product than they offer today. Community banks are dependent upon the offerings of outside providers, but being certain that what is offered is functional, attractive, secure and a knockout product should alleviate some security concerns.
The challenge for banks is to offer an app that's easy to use and well-designed so the service becomes something that customers feel they can't live without. This means actively investigating what enhancements would improve existing mobile functions. Mobile banking has the potential to be so much more than a service customers use to check balances or recent activity. Banks should be thinking of ways to more fully engage customers so that they make deposits, pay bills and transfer money more regularly than they have in the past. Additionally, banks should be thinking about ways to further engage customers through the use of text alerts, photo bill pay and peer- to-peer (P2P) payments.
Some banks have done a good job in this respect, but most could be doing more. While many pundits expect 2015 to be the year that mobile banking really takes off, from our vantage point, banks have a lot of work ahead for this to be an accurate prediction.
Subscribe to the BID Daily Newsletter to have it delivered by email daily.

Treasury yields rose 6bps as the market corrected itself from its initial reaction to the FOMC rate announcement.

As the week draws to a close, yields are down 2bps in what is predicted to be a quiet day for the market.

The FDIC has given conditional approval for Primary Bank (NH) to insure customer deposits and open as a new bank, after it raises at least $22mm in capital. This is only the second bank to open in 4Ys.

Moody's has updated its methodology for rating banks and is now including a loss given failure analysis and counterparty risk assessment. Moody's indicates the changes should better predict bank failures and incorporates insights from the credit crisis as well as the shift in the industry and regulations.

Facebook has introduced a way for people using the service to make payments to each other using messages and a customer's Visa or Mastercard debit card that has been linked to the system. Facebook follows other technology companies into the payments space, as things continue to morph quickly and the field of players offering payments soars.

Research by HR firms WorkplaceTrends and CareerArc finds that the most important benefits employees say they want are paid and unpaid time off (79%), workplace flexibility (75%) and financial support of various expenses, such as tuition assistance (61%).

It is interesting to note that in Canada, the five largest banks control about 85% of total industry assets. That compares to the US, where the five largest control about 44%.
Copyright 2018 PCBB. Information contained herein is based on sources we believe to be reliable, but its accuracy is not guaranteed. Customers should rely on their own outside counsel or accounting firm to address specific circumstances. This document cannot be reproduced or redistributed outside of your institution without the written consent of PCBB.