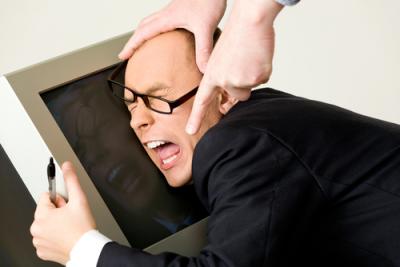 Ratings of the popular primetime soap opera Dallas took a dive in the mid-1980s after the "death" of altruistic oil baron Bobby Ewing. However, after actor Patrick Duffy was persuaded to return, the character was revived in the now-infamous scene that rendered his demise as only a dream. The ploy to bring back Ewing from the dead didn't resonate well with everyone, but it certainly got people talking about the show.
Even if you don't live in Texas, perhaps it's a good time to think about how to breathe life into your bank's social media marketing efforts. Many banks today are using social media to listen to their customers and keep tabs on their brands. But they aren't really thinking outside the box to see how social media can enhance relationships and bring about tangible benefits.
As you're thinking about an effective strategy for your bank, you might want to steal a page or two from American Express's playbook. The Amex business model is obviously very different from that of a community bank, but there are still important takeaways from the credit card giant's strategy. After all, Amex has been one of the most successful companies in the financial services space when it comes to social media marketing, plus has the highest credit card provider customer satisfaction overall. Amex went from having almost no social media presence to having an extremely strong presence in just a few years.
The company made a major foray into social media in Nov 2010 with Small Business Saturday. Facebook was at the heart of the promotion, drawing in more than a million "likes" in just three weeks. Since that time, Amex's Facebook page for Small Business Saturday has gotten more than 3.4MM fans and the company has continued to expand its presence.
One of the reasons Amex has been so successful with social media is that the company has specific goals dictating its activities. It uses social media as a tool to build brand awareness, increase customer loyalty and boost sales. The company is active on all the major social media networks and continues to experiment with new and emerging social networks as well.
We're not saying every community bank has the wherewithal to tackle social media to the same extent, but most social media efforts don't cost much (especially in comparison with print or television advertising). Beyond that, it's a way to stay in touch with customers and prospects on a continuous basis with different messages.
As a recent Accenture report on social media points out, there are a number of social innovations getting results. Your bank, for instance, might consider launching a social media competition to generate more robust consumer engagement. You could also provide customers with a wide range of products, offers and initiatives using social media. Or you could use "e-commerce offers" to promote your online bank. Another way to drive results through social media is to offer personal customer alerts and customer care. Or host live discussions on topics or educational forums that customers segments will find useful.
As Accenture notes, effective social media starts with a strategy that's based on your bank's special business goals, needs and limitations. It's okay to experiment and figure out what works and what doesn't, as long as you integrate social media into your marketing plan. After all, you don't want to wake up tomorrow to discover the success of your bank is only a dream.
Subscribe to the BID Daily Newsletter to have it delivered by email daily.

Yields are down 1bp as the market waits for wholesale inventory data to be announced and also prepares for the upcoming 3Y auction.

We heard from some of our bank readers about our EMV story from yesterday and wanted to clarify in order to reduce potential confusion. In Oct of this year, losses associated with magnetic stripe card transactions will shift from banks to those merchants that have not upgraded to EMV chip-enabled technology for card-present (i.e. face-to-face where the credit or debit card is physically present) transactions. As long as a merchant upgrades to an EMV device, the liability stays with the bank. Our advice remains to stress test the event, but to focus efforts on card-present transaction risk at smaller merchants (or to build in the cost of replacing the machines if you decide to go that route, as some have indicated).

JPMorgan has updated its Q1 GDP estimates based on recent economic data and has reduced it from 2.5% to 2.0%.

A survey by American Express finds 83% of American senior finance executives expect the US economy to expand this year vs. 75% who felt that way last year. The same executives said they expected to spend more money on sales and marketing (39%) and creating new products and services (36%).

An AICPA survey of 850 finance executives finds the group projects revenue at their companies will increase 3.6% over the next year vs. 4.7% prior (Nov survey) - about a 23% decline.

Richmond Fed President Lacker said he expects short term rates to be increased by the FOMC in June ("June would strike me as the leading candidate for liftoff"), given strong improvements in the job market.

The Wall Street Journal reports a previously undisclosed paper from 2010 called the Triangle Document which changes the way the Fed supervises its 12 District banks. Under the paper, the Fed moved its center of regulatory authority from the NY Fed to a committee in DC.
Copyright 2018 PCBB. Information contained herein is based on sources we believe to be reliable, but its accuracy is not guaranteed. Customers should rely on their own outside counsel or accounting firm to address specific circumstances. This document cannot be reproduced or redistributed outside of your institution without the written consent of PCBB.