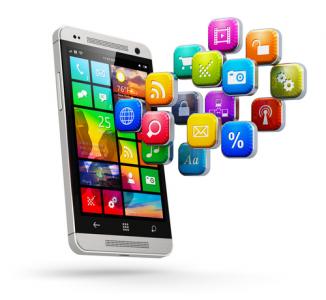 A Cautionary Fable On P2P

Aesop is a legendary Greek figure credited with authoring hundreds of fables. These short stories appeal to adults and children alike and typically feature personified animals who through their shortcomings impart moral lessons. One of Aesop's best-known cautionary tales is The Tortoise and the Hare, the story of a boastful, fast-running bunny who through his own missteps manages to lose a race to a slow-moving tortoise.
Enter Venmo, the mega popular mobile app. It is providing a cautionary tale of its own to banks that are trying to maneuver around in the fast-growing peer-to-peer (P2P) space. Of late, the EBay-owned P2P payment company has become embroiled in controversy over security shortcomings that have reportedly cost users time and money. Venmo says on its website that it uses "bank grade security systems and data encryption to protect you and guard against any unauthorized transactions and access to your personal or financial information." But a recent article in Slate Magazine suggests otherwise, claiming customers have had their accounts hacked and that the system itself is an open invitation for would-be thieves. According to Slate, Venmo doesn't alert users if their password or email credentials change from within the account. Two-factor authentication, an important security measure, is also notably missing.
Note that Venmo--which processed $700mm in payments last quarter--is particularly popular among 20-somethings who like its unique combination of P2P payments and social media. When you send someone money using Venmo, you broadcast to other app users what the payment is for. For social media buffs, it's a fun way to see what your friends are doing, who they hang out with and when. The downside, of course, is that this transparency allows the ill-intentioned to also see activity.
For banks, offering P2P seems like a logical progression in adding electronic payment services. Most banks are also charging for P2P transactions. As the Venmo story shows though, there are significant risks, so caution is advised and careful assessment should be made of the bank's (or outside provider's) capability of monitoring for fraud or misuse. Missteps can cause all sorts of problems ranging from bad publicity to customer attrition or unwanted regulatory attention.
It's clear from what already exists on the market that banks rolling out P2P need to make sure features are easy to use, have high functionality and incorporate some level of social engagement. There is little tolerance for clunky technology by anyone, and especially the demographic that currently uses or will be likely to use P2P.
At the same time, security has to be top-notch. While it's true that banks are really good at dealing with fraud, it's far better to avoid the trouble in the first place by making sure your notifications and security processes are in place. Ease of use and the coolness factor mean nothing if you aren't protecting your customer's money. Even adopting a model of free payments doesn't amount to much if your customers' accounts and sensitive information are in danger of being compromised.
We've no doubt that there are openings for banks to compete in the P2P space. In fact banks can capitalize on the missteps of companies by advertising the strength of your security processes. Just be certain that your bank carefully vets outside providers and institutes procedures to protect both the bank and customers. Just like with the tortoise and the hare, slow and steady often prevails and this should be the approach of banks wanting to offer P2P as a part of their product suite.
Subscribe to the BID Daily Newsletter to have it delivered by email daily.

Yields are unchanged this morning ahead of the unemployment rate announcement.

Florida Community Bank ($5.8B, FL) said it will pay $14.8mm to terminate its existing loss share agreements with the FDIC related to 6 failed banks it took over in 2010 and 2011. The early termination results in a 1x tax adjusted expense of roughly $40mm.

The Fed's latest inquiry of chief lenders at banks nationwide (Beige book) finds loan demand is increasing in 11 of 12 districts.

The Financial Times reports that the Royal Bank of Scotland is reportedly planning to cut up to 14,000 positions in its investment banking unit in the next 4 years which equates to roughly 80% of its total staff.

Goldman Sachs research projects US banks could lose 7% of annual profits to non-banks or about $11B. Peer to peer lenders, private equity firms and investment funds were all cited as competition to banks that is ramping up quickly.

Fed KC President George said she would like to see the Fed raise short term interest rates "towards the middle of this year". She cited improvement in the labor market and expectations for firmer inflation as important factors.

Research by RealtyTrac finds 40% of HELOCs remained underwater at the end of last year and 50% of those have LTV ratios of 125% or higher.

CNN reports a record $248B was sitting in 529 college savings accounts as of the end of 2014 or about 9% more than the prior year.
Copyright 2018 PCBB. Information contained herein is based on sources we believe to be reliable, but its accuracy is not guaranteed. Customers should rely on their own outside counsel or accounting firm to address specific circumstances. This document cannot be reproduced or redistributed outside of your institution without the written consent of PCBB.