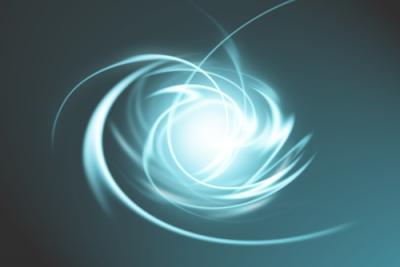 Technology Simplifies Lending - Or Not

Being long-time fans of Star Trek, we got pretty excited when we read that German scientists had come up with a working transporter. Imagine being "beamed" somewhere, just like Captain Kirk and Spock when going from the Enterprise to explore other planets. Scientists reportedly have invented a system that can scan an object and beam it to another location, although it's not the dematerialization and reconstruction of science fiction, but rather more like destructive scanning. An object is scanned layer by layer and then sent in data form to a 3D printer to be replicated, layer by layer. This sounds a little sketchy for living creatures and therefore not quite ready for those of us wishing to reduce our commute time to the office, but the idea is interesting nonetheless.
Technology makes important strides every day and so we read with interest about new innovative loan underwriting algorithms being developed. If they work as billed, they will eventually remake the risk assessment process. The intention is to make underwriting cheaper, easier and more accurately able to predict the ability and likelihood that borrowers will repay their loan. In its basic form, it is really just a high-tech approach to "know your customer" - inside and out.
Here is how this all works. Data is gathered when borrowers visit web sites and fill out on-line forms. The algorithm looks at how the data is typed - even noting whether users type in all caps, whether proper words are used, how much time is spent looking at instructions and whether instructions were followed. These measurements of behavior are then put into a mosaic to create a predictive picture. Financial information is noted as well, like household purchases, bill paying habits and social network connections. This all is then added up to create a different picture than the standard use of a credit score.
Currently the organizations that are using and developing these kinds of data algorithms are mostly non-bank lenders and none that we know of are consumer banks with deposits. This group has caught the eye of the CFPB, who on one hand wants to encourage innovation, but on the other, is aware that discrimination could easily occur with so little clarity on how the data actually leads to a borrower being deemed credit-worthy or not. One has to wonder if data correlations that drive a prospective borrower's rating could easily be influenced by assumptions that ultimately discriminate.
We can imagine the instance of a local plumber who builds a successful business with smarts and hard work, but then spends little time online. This person was perhaps far from a super-scholar in high school and he now wants a loan. He may well use incorrect punctuation, could spend more time than average pondering the instructions to fill out an online form and might therefore be flagged by the algorithm as a higher risk as a result.
Meanwhile, a community bank who knows this business owner would have a far better chance of accurately gauging both the success of the plumber's business, the likelihood that the market for plumbing service is strong (or not) in the area and therefore the ability for the loan to be repaid. The least discriminatory measurement is of course cash flow and we have always emphasized debt service coverage over other metrics.
We heartily support innovation and we can see where this kind of data analysis as a part of the underwriting process could add efficiencies. Indeed, for younger borrowers with thin financial history files, this kind of analysis could be especially helpful.
For now though, the development is a little like the German transporter - interesting, but rudimentary and certainly not ready for prime time. Beam me up, Scotty.
Subscribe to the BID Daily Newsletter to have it delivered by email daily.

Despite the fact that there is little significant economic data scheduled, yields are currently down just under 3bps as the week draws to a close.

The NY Fed reports auto lending delinquencies jumped in Q4 to the highest level since 2009. The Fed is worried that banks and others have ramped up lending to higher risk borrowers in an effort to boost profits and volumes, so it is keeping a close eye on this area of lending.

Jack Henry & Associates reports it has received a noncompliance letter from the listing qualifications department of NASDAQ. Jack Henry has delayed filing its quarterly financials for the three months ended Dec 31, 2014 as it reevaluates its accounting for revenue recognition policies for certain of its software license maintenance and service agreements in 2014.

Reuters reports US Attorney General Eric Holder said he has given federal prosecutors a deadline of 90 days to determine whether or not to bring charges against individuals related to misconduct or their activities pre credit economic crisis.
Copyright 2018 PCBB. Information contained herein is based on sources we believe to be reliable, but its accuracy is not guaranteed. Customers should rely on their own outside counsel or accounting firm to address specific circumstances. This document cannot be reproduced or redistributed outside of your institution without the written consent of PCBB.