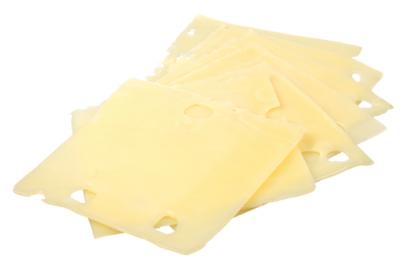 Switzerland is a small country nestled in the Alps with a population of around 8mm. The Swiss have one of the highest standards of living in the world and are well known for their cheese and watches, as well as for their promptness, neatness and general predictability. The Swiss have acted for centuries as the world's most trusted bankers with bank secrecy laws dating back to the Middle Ages. Swiss banks have shielded the wealth of good and bad alike, and customers of those banks have always valued privacy, safety and stability over return.
Thus the surprise when the Swiss National Bank (SNB) recently decided to unlink the Swiss Franc (CHF) from the Euro without warning. This led to major gyrations in the global markets, as the CHF immediately appreciated some 30% against the Euro (Swiss equity markets also plunged 10%). As a result, a number of foreign currency trading outfits went belly up and general mayhem ensued. So much for Swiss predictability.
Going back to depositors more concerned about safety than deposit rates, well it's a good thing because the SNB also decided to charge clients 0.75% for cash balances over $100K CHF. Many banks in the US have struggled to put excess liquidity to work over the last few years and would have loved the opportunity to charge customers to keep deposits in the bank. The outcome is not that simple for Swiss banks. Smaller private banks in Switzerland tend to have high deposit ratios and have shied away from the higher leverage ratios favored by the bigger banks. The negative interest rate on cash hits the smaller conservative banks the hardest.
The original reason for the link between the CHF and the Euro was to limit the appreciation of the CHF to 1.20 per Euro. Given economic turmoil in the region, the cap was proving futile and was artificially propping up the Euro. Now that the European Central Bank has implemented QE (and was planning it at the time of the de-linking), it no longer made sense to keep the peg. The removal of the peg caused major gyrations in the currency markets short-term and could have long-term effects on loans in CHF taken out by Euro denominated companies. Those loans may have a low interest rate, but with a 30% currency fluctuation, it's hard to imagine there will not be defaults.
The US dollar is also a safe-haven currency. This means the volatility abroad has driven even more investors to our Treasury market, causing longer term yields to drop. This may drive some business into your bank with an uptick in mortgage refinancing, but it will also serve to drive down lending rates. Meanwhile, since deposit rates tend to be more connected to Fed Funds, funding costs could soon rise and that isn't good for NIM. Given the size and diversity of the US economy and banking system - the Swiss financial industry makes up about 12% of its annual GDP vs. 8% in the US - this won't derail our recovery. The overriding lesson here is that a period of stability in commodity prices (like oil) or currencies (like the CHF) does not mean they will remain that way. Complacency towards external risk will often come back to bite, so bankers have to be prepared.
The other main event in Switzerland this past week was the annual Davos conference where all the world's movers and shakers meet to solve global problems. We had to observe with irony as bankers attending Davos issued a warning of impending volatility in US credit markets when the Fed begins policy tightening. Given as much communication of intention as we've had from the Fed, we cannot imagine volatility of any comparison to what the SNB created over the last couple of weeks with its unexpected actions. Now, who moved my Swiss cheese?
Subscribe to the BID Daily Newsletter to have it delivered by email daily.

What Banks Should Know About Crypto Custody Services
The OCC recently gave banks the go-ahead to provide cryptocurrency custody services. We provide you with some considerations before you do.

Yields are unchanged this morning ahead of the FOMC's rate decision.

Under Basel III regulators indicate that a bank that owns 10% or less of another financial institution's common shares is considered non-significant. In addition, to the extent that the investment does not exceed 10% of the bank's total capital, a 100% equity risk weight would be applied for these types of investments.

The OCC reports the top 5 categories of matters requiring attention (MRA) for community banks are: credit (30%), compliance (13%), management (13%), IT (9%) and audit (8%). Take a look at your own policies and processes in these areas as you start to prepare for 2015 regulatory examinations to be more prepared.

The Fed has released a "lessons learned" analysis related to bank failures from 2008 to 2013 and finds among other things trends that included: double-digit loan growth; high concentrations in CRE and specifically in construction and development lending (more than 50% of banks that failed reported their highest ratio of delinquencies to loans was in C&D); a heavy reliance on noncore funding such as brokered deposits (the national median peak of net noncore funding dependence was about 22% vs. 35% in some of the highest states); insufficient capital to cover losses (critical for banks to engage in ongoing capital planning and to raise capital at the first signs of stress vs. waiting to see what happens); a large number of newer banks and inadequate internal risk management policies (tighten lending standards and take remedial action right away vs. waiting).

Pew Research finds 61% of US workers say email is the most important tool for their job vs. only 4% who mentioned social channels such as Facebook, Twitter, etc.
Copyright 2018 PCBB. Information contained herein is based on sources we believe to be reliable, but its accuracy is not guaranteed. Customers should rely on their own outside counsel or accounting firm to address specific circumstances. This document cannot be reproduced or redistributed outside of your institution without the written consent of PCBB.