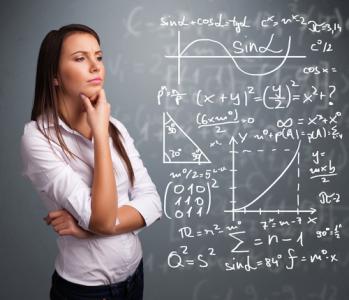 Counting On The Mathematics Of M&A

Did you know that the mathematical odds predict that in a group of 23 people, at least 2 will have the same birthday (with the probability greater than 0.5); that humans have been doing math since 30,000 BC; and the word mathematics comes from the Greek word for learning, study and science? Because bankers are usually mathematically inclined (given all that counting of money), we thought we would use some math to analyze bank mergers and acquisitions.
We get asked at least once per quarter by our readers to discuss how things look on the M&A front, so let's crunch some data and delve more deeply into the analysis of mergers and acquisitions among banks and thrifts. In particular, we will seek to separate the facts from the propaganda or hyperbole commonly tossed about in industry publications, and see if we can discern any trends. Here are some interesting points that surface:
We begin our analysis with a close look at the prior 3Ys of activity. We looked at the total number of deals on an annual basis over that period and utilized data provided by a new SNL Financial report. It found that there were 294 M&A deals (banks and thrifts) in 2014, 228 in 2013 and 222 in 2012. As this data shows, the difference between 2013 and 2012 wasn't statistically much different, but in 2014 things picked up. The data shows that the number of deals in 2014 was about 30% higher than either of the prior 2Ys (29% higher than 2013 and 32% higher than 2012). The takeaway from this data is that while deal flow was largely flat in 2012 and 2013, it increased last year. The question that jumps to mind is whether this level is high or low compared to historical levels, so we looked at that next.
We compared the total number of deals for each year to the total number of banks and thrifts that existed as of the end of the prior year. This gave us the percentage of banks and thrifts that was acquired each year vs. the overall population that existed at the end of the prior year. Doing this, we see that in 2014 about 4% of institutions were acquired vs. about 3% each for 2013 and 2012. Using this perspective, we find that while 2014 did increase in count vs. the prior 2Ys, it stayed within the normal range expected based on history (about 3% to 4% per year). Further, while the prior 2Ys has fewer total acquisitions, they too were also within the expected normal historical range.
What about M&A activity over the longer term? Here we expanded our analysis to incorporate the prior 20Ys. To do this, we augmented the prior analysis with data from the FDIC. Over the past 5Y, 10Y, 15Y and 20Y periods, the average annual M&A activity was 3%, 3%, 3% and 4%, respectively. Again we see the prior 3Ys when compared to this data is right where things have been running over longer periods of time.
Finally, as you ponder the future, you may be wondering what else we can learn from 20Ys of M&A data. Going back to 1995, the data shows the average percentage of banks and thrifts that merged each year compared to the prior year is 4%. Also during this period the median is 4%, the high is 6% and the low is 2%.
So, applying this analysis to 2015, given an estimated 6,518 banks and thrifts as of year-end 2014 (official FDIC data is not yet out), you can probably expect activity from somewhere between 196 (3%) and 261 (4%) institutions. If you aren't sure what to do with all this data given all the talk in the industry of consolidation and M&A, consider this thought from the ultimate mathematician Albert Einstein: "Not everything that counts can be counted. Not everything that can be counted counts."
Subscribe to the BID Daily Newsletter to have it delivered by email daily.

Treasury yields saw a 4bp rise by as the ECB's potential stimulus package injected optimism into the market.

Yields are up just under 4bps ahead of jobless claims.

The World Bank has lowered its 2015 global economic forecast from 3.4% (in June) to 3.0%, amid lower growth prospects worldwide and lower oil prices.

The NFIB reports small business owner optimism jumped to an 8Y high in Dec, amid a strengthening economy and better sales expectations.

The Fed projects the sharp decline in oil prices will hit the TX economy, pushing job growth down and negatively impacting banks with oil producer exposures.

The state of IL will see income tax rates fall 25% this year, as a 4Y tax increase expires. This will add significant pressure to municipal debt issued in the state as ability to repay becomes more difficult.

The Mortgage Bankers Association reports construction spending on new multi-family residences jumped 27% in Nov vs. the same period 1Y prior.

The FDIC defines the "sensitivity" or "beta factor" of non maturity deposits as the magnitude of change in deposit rates compared to a "driver rate". A driver rate is defined as the rate, or rates, which drive the re-pricing characteristics of assets and liabilities (such as Fed funds, LIBOR, Treasury yields, WSJ Prime rate, etc.).
Copyright 2018 PCBB. Information contained herein is based on sources we believe to be reliable, but its accuracy is not guaranteed. Customers should rely on their own outside counsel or accounting firm to address specific circumstances. This document cannot be reproduced or redistributed outside of your institution without the written consent of PCBB.