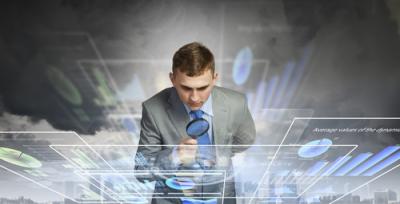 During 2007-2011, home structure fires killed an estimated 2,570 people and caused an average of 13,210 reported civilian (non-firefighter) injuries per year. That's according to data from the National Fire Protection Association (NFPA), which also reports that 3 out of 5 home fire deaths resulted from blazes in properties without working smoke alarms. Notably, the risk of dying in reported home structure fires is cut in half in homes with working smoke alarms, the advocacy group reports. It seems like a no-brainer to have one as smoke alarms play a critical role in helping to protect families from fire-related disasters.
Nowadays, it seems banks too are spending an inordinate amount of time putting out fires. These are more caused by data security breaches though than the hotter variety. Various studies have shown that in a large number of cases, cyber thieves are gaining entry through weak or stolen passwords. Recently, Sony became the latest company in the hot seat after reports surfaced that it had stored thousands of passwords in a folder labeled "Password." We don't have verification, but if so - whoops.
We've written before about the importance of having strong passwords, but in light of recent events, we think the banking industry could use a refresher. Passwords are annoying, good ones can be difficult to remember and they are even harder to keep track of. Consequently, people tend to pick passwords that are easy to remember and then reuse them for multiple applications. This is a really bad idea, but people are people so what can really be done about it?
Consider a case in point: Trustwave performed an analysis to see how easily it could crack a sample of 626,718 passwords it collected during 2013 and early 2014. The security company was able to crack more than 50% of the passwords within the first few minutes of trying and ultimately recovered about 92% of the sample within 31 days. Passwords are still just too simple.
Eventually this password discussion may become a moot point. If and when advanced authentication tools such as biometrics really take off, the financial services industry's heavy reliance on passwords is likely to diminish. That is good, but what happens when someone steals your biometric identity we wonder.
The FIDO Alliance - an open industry consortium whose 150 or so members include major technology and financial services bellwethers such as Google, Samsung, Microsoft, Bank of America, Wells Fargo, Visa, Discover, MasterCard, and PayPal - continues to champion that goal. Recently the group published a set of technical specifications for password-free secure online communications called the Universal Authentication Framework (UAF) and the Universal 2nd Factor. In theory, these new standards ensure any app or website can depend on devices like a USB key or biometric data like fingerprints in order to authenticate users. The announcement is expected to open doors for a spate of additional product launches as well.
For its part, Apple (which is not a member of the consortium) already offers fingerprint scanning technology with its iPhone 6 and iPhone 6 Plus smartphones, so changes are happening.
Given these initiatives and others underway, we may well be a step closer to the death of passwords. However, for the foreseeable future they are still alive and kicking. At least for now, banks should continue to focus on password safety to help keep their reputations from going up in flames.
Subscribe to the BID Daily Newsletter to have it delivered by email daily.

Weak investor demand for equities, coupled with strong participation in the 3Y auction caused Treasury yields to fall 3bps by the close.

Yields are currently down 2bps as the ongoing slump in commodity prices continues to reduce the likelihood of inflation.

Bankers monitoring the personal financial management (PFM) space for opportunity might find research from Forrester interesting. It found the top reasons people said they are not using such internet tools is because their finances were not complicated enough to need them (32%), they managed finances offline (26%), they didn't see the point (26%), they were worried about security of personal information (25%) and they didn't do much financial planning (21%).

CNBC reports research by the Commonwealth Fund finds employee contributions to insurance costs have jumped 175% since 2003. Further, average premiums now equal 20% or more of median income in all but 14 states. Average premiums range from $13,500 in the least costly states to $20,715 in the most expensive states.

You might be interested to know that research from Deloitte finds that since Q1 of 2011, some of the biggest loan growth (based on balances) have come in C&I lending (+40%), multifamily (+30%) and auto lending (+30%).

Bank of America Merrill Lynch projects oil prices could decline to $35 per barrel in the near term.

Barron's reports Citibank says the US gets about 25% of its oil from overseas sources. In addition, the drop in oil prices is projected to put $1,400 into the pockets of every household in the US.

The New York Times reports lower oil prices could hurt large bank lending to the energy sector and reduce fees. Meanwhile, it could also hit banks in energy producing states with more defaults and also extend to companies that service oil producers in other states.

The Fed sent a record $98.7B in profits to the Treasury last year.
Copyright 2018 PCBB. Information contained herein is based on sources we believe to be reliable, but its accuracy is not guaranteed. Customers should rely on their own outside counsel or accounting firm to address specific circumstances. This document cannot be reproduced or redistributed outside of your institution without the written consent of PCBB.